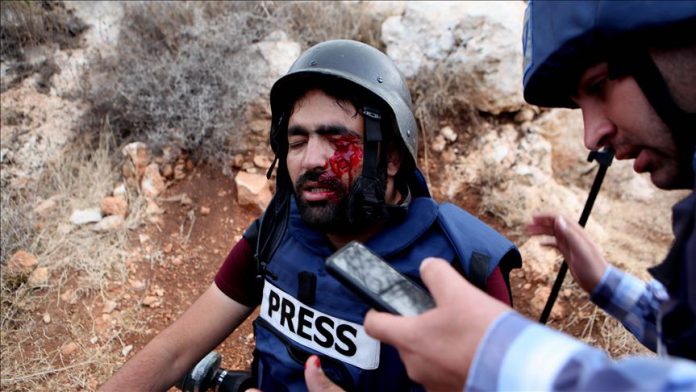 An independent journalist group in Indonesia launched a social media campaign to support a Palestinian videographer and Indonesian reporter both separately shot by security forces in the face while covering popular protests in Palestine and Hong Kong, respectively.

The campaign, launched on Wednesday by the Alliance of Independent Journalists (AJI) for Muath Amarneh and Veby Mega Indah, hopes to strengthen international solidarity between journalists and urge law enforcement in Israel and Hong Kong to resolve their cases, according to a statement by AJI chief Abdul Manan.

Amarneh, 32, was shot by a bullet in his left eye while

Netanyahu: UAE deal does not include sale of F-35 jets