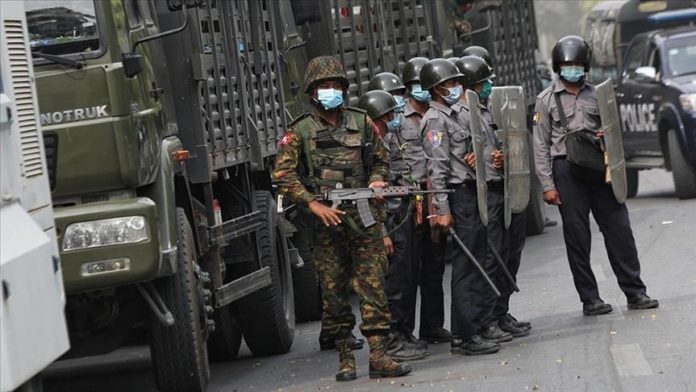 Civil society organizations in Indonesia have voiced opposition to the attendance of Myanmar’s junta in the Association of Southeast Asian Nations (ASEAN) Leaders Meeting in Jakarta on Saturday.

Putri Kanesia, a representative from the Asia Justice and Rights group, said the military regime is illegitimate because they were not the winner of the 2020 Myanmar elections.

“If they participate in the talks, it seems like ASEAN leaders recognize the government led by (the head of the national armed forces Tatmadaw Gen.) Min Aung Hlaing,” Kanesia told Anadolu Agency on Thursday.

Myanmar’s military, however, claimed that the election was marred by massive fraud but has not provided credible evidence to substantiate that charge.

On Feb 1, the day that the new parliament was to sit for the first time, the military arrested and detained President Win Myint and State Counselor Aung San Suu Kyi, along with other NLD ministers, members of parliament, and regional administrators.

Kanesia urged ASEAN to give the National Unity Government (NUG) a seat during the coming crisis talks.

The NUG was formed by opponents of Myanmar’s junta, including ousted members of parliament and leaders of anti-coup protests and ethnic minorities.

She said she hopes that the talks will produce an effective resolution for the ongoing crisis and human rights violations in Myanmar.

“We call on the military to restore power to the democratically elected government, to release all those unjustly detained,” said the groups in a written statement.

They also urged the international community to provide humanitarian assistance to Myanmar.

The civil society groups are planning to hold mass rallies and release a joint statement during the ASEAN Leaders Meeting.

At least 739 people have been killed by Myanmar’s security forces since the February coup, according to the Association of Assistance for Political Prisoners on Thursday.

Meanwhile, Thai Prime Minister Prayuth Chan-Ocha reiterated his decision not to attend, and Foreign Minister Don Pramudwinai will participate in the talks instead.

Philippines President Rodrigo Duterte also will be absent from Saturday’s talks in Jakarta as he has decided to focus on the COVID-19 situation in his country. Foreign Secretary Teodoro Locsin will attend in Duterte’s stead.