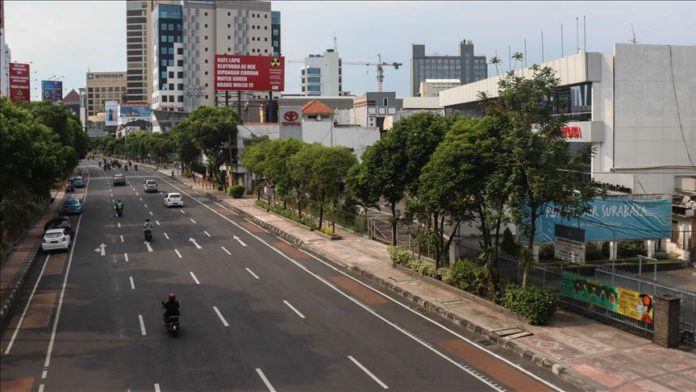 “Eid prayers can be performed in a congregation with family members at home, especially those living in areas where the virus spread remains uncontrolled (red zones),” said the Indonesian Ulema Council in a statement.

Muslims all around the world celebrate Eid al-Fitr to mark the end of Ramadan, the ninth month of the Islamic calendar, during which they avoid eating from dawn until sunset.

Hasanuddin, the chairman of the fatwa board at the council said that there should be a congregation of at least four people, where one acts as an imam or the worship leader, and the other three are the followers.

“As for the khutba (sermon), it can be canceled if there are less than four worshippers or if none are able to recite it,” said Hasanudin.

According to the council, Eid prayers may also be held in congregation in the fields, mosques, prayer rooms or other places but with precautionary measures in place.

“The implementation of Eid al-FItr prayers, in both mosques or homes, must obey the health protocols that are stipulated to avoid exposure to COVID-19,” the council said.

Takbir (declaration of Allah’s greatness) can also be carried out in mosques and on the roads with limited personnel.

Indonesia on Wednesday reported 689 new cases of the novel coronavirus, the highest daily rise so far, bringing the total confirmed cases to 15,438.

“As many as 3,287 people have recovered, while 1,028 people died,” Achmad Yurianto, the government spokesman, told a press conference in Jakarta.