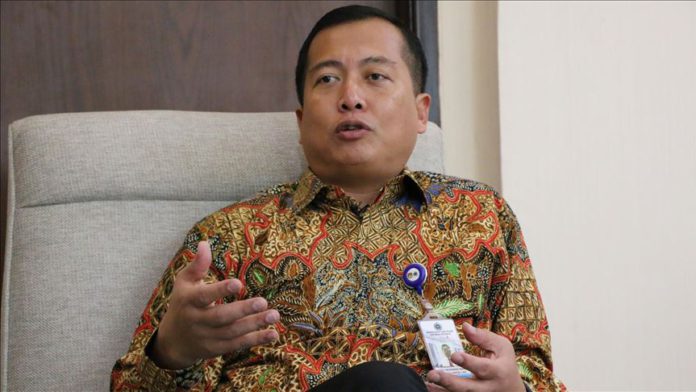 Turkey announced its first confirmed case 10 days later than Indonesia, Lalu Muhammad Iqbal said, adding that he was impressed with the country’s policy mostly focusing on public health and security in the first 30 days.

“In the first 30 days [following the confirmation of the first infection] all public facilities, including malls, factories, schools, universities, and dormitories were closed,” said Iqbal in a virtual discussion on Thursday.

He added that the Indonesian Embassy in the Turkish capital Ankara rushed to evacuate students from dormitories since they would be used as quarantine facilities.

The ambassador noted that Turkey’s achievement in mass production of mechanical ventilators under the leadership of Turkish President Recep Tayyip Erdogan was critical in fighting the outbreak.

“Turkey produced hundreds of ventilators daily and even exported thousands of units to countries facing crisis of producing basic medical equipment,” he said.

Following the health measures, the Turkish government started an economic recovery phase through a relief package of up to $38 billion at the end of May to help companies cope with the economic fallout due to the pandemic, Iqbal added.

“With a multiplier effect, the size of the bailout package had grown 10-11% of the country’s GDP,” said the ambassador.

Iqbal pointed out that in the last decade Turkey’s economy has depended on the tourism sector with up to 51 million foreign tourist arrivals last year.

However, due to COVID-19, the country’s tourism sector has been hit hard, which according to him, has encouraged the government to strengthen the manufacturing sector, especially the automotive and food industries.

“Turkey has planned reopening of its economy from the beginning, using clear indicators, including recovery rate that have to reach 78%,” he said.

He recalled that on June 1, Turkey’s coronavirus recovery rate had reached 77% and on June 6 it passed 78%, way above the average global recovery rate of around 45%.

Iqbal also noted that Turkey’s economy grew 4.5% year-on-year in the first quarter of 2020.

“The country’s economy was saved from contractions due to growth in the food industry,” he added.

According to the ambassador, there were four main keys to Turkey’s remarkable combat against the virus, including political consolidation, strong food supply security, long-term investment in health facilities, and well-established public communication channel through a single source of information.

For Iqbal, good consolidation among political groups in Turkey reconciles the differences that lead to solid implementation of government policies in the battle against the pandemic.

He also noted that Turkey has a strong food supply security as the country’s obligation to guarantee the availability of food supplies for at least one year is regulated by law.

“That’s why when Europe’s food industry dropped due to the pandemic, Turkey’s food exports to Europe in the second quarter of this year went up,” he continued.

Iqbal mentioned Turkish excellent health facilities as one of its important keys during the fight against the virus.

“There is no shortage of beds in Turkish hospitals. The occupancy rate at the peak of the infection was only 70%, and currently, it is only 40%,” he said.

The ambassador appreciated the country’s ability to build hospitals and produce medical devices amid the pandemic.

“Turkey produces its own medical equipment … it even sent medical aid to many countries, including the UK, Italy, the US, Spain, Israel, and many more,” said Iqbal.

The ambassador also praised Turkey’s well-established public communication channel through a single source of information that helps citizens and foreigners living in the country feel safe.

“Every Thursday night people wait for the presidential speech to find out the direction of government policy for the next one 1-2 weeks,” he added.