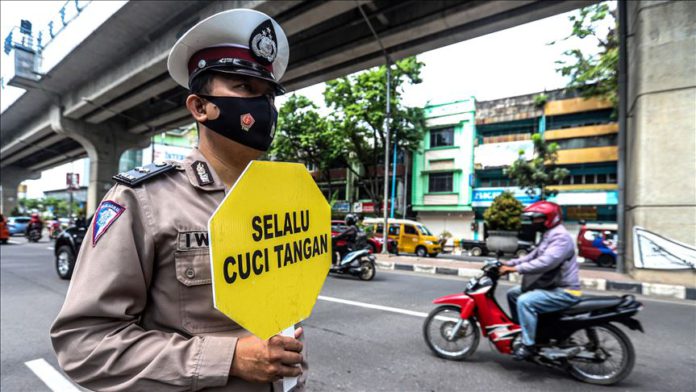 Thousands of hotel rooms in Indonesia’s capital Jakarta will be used to quarantine asymptomatic COVID-19 patients and those with mild symptoms, an official said on Friday.

Some 3,711 rooms in 27 hotels in Jakarta are ready to be used to accommodate patients, according to Maulana Yusran, secretary general of the Association of Indonesian Hotels and Restaurants (PHRI).

The organization worked with the government on the plan as virus cases have spiked in the capital and the country over recent weeks.

“Preparations have been made in coordination with the authorities to ensure that the number of available rooms is sufficient and in accordance with the government’s requirements and basic health protocols,” he said.

He said the rooms will be used if the occupancy rate at the Wisma Atlet Emergency Hospital, the city’s main COVID-19 treatment facility, hits 80%.

“Meanwhile, we will continue to coordinate with other two- and three-star hotels,” Maulana added.

Discussions are ongoing about the payment system for the hotels and whether the government will make use of several rooms or the entire building.

The PHRI had previously advised the government to rent the entire building to avoid creating new clusters.

“The selected hotels will not be allowed to receive regular guests and they will implement the same protocols as Wisma Atlet,” said Krishandi, the association’s chairman.

Family members and friends will also not be allowed to visit the quarantined patients, he added.

The plan, according to the official, also aims to support Jakarta’s hotels business, which has greatly suffered due to the pandemic.

The government has assured citizens that it would bear the cost of quarantine facilities in hotels.

Wishnutama, the minister of tourism and creative economy, said 100 billion Rupiah ($6.7 million) have been allocated to cover all costs, including accommodation charges, food, drinks, and laundry services.

“The participating hotels can accommodate up to 14,000 COVID-19 patients from September to December. Each patient is required to spend 14 days in quarantine,” he said.

Meanwhile, the Health Ministry will provide medicines, ambulances, and health workers to monitor patients and ensure that health protocols are properly implemented.

Besides Jakarta, the program is also set to be rolled out in four other provinces, namely Bali, North Sumatra, West Java, and South Kalimantan.