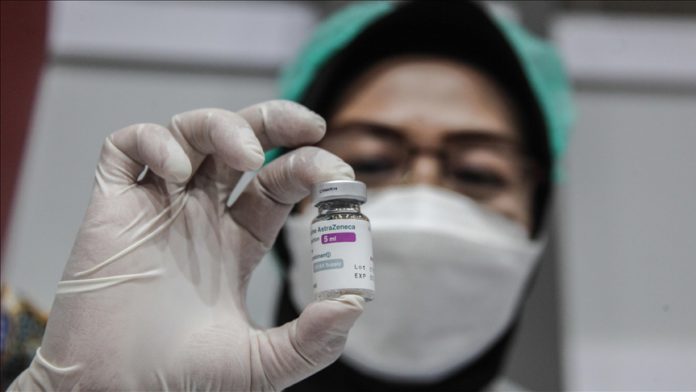 Indonesia on Tuesday announced it will resume administering the AstraZeneca COVID-19 vaccine in the North Sulawesi province, days after it was suspended due to reports of side effects.

Results of a study in the province showed that the side effects reported by several vaccine recipients were classified as mild, according to the National Commission for Post-Immunization Follow-Up Events (Komnas KIPI).

“A few of them are also related to health reactions, so we recommend that the use of this vaccine [AstraZeneca] can continue in the vaccination program in North Sulawesi,” Hindra Irawan Satari, head of the commission, said in a virtual news conference.

Provincial authorities stopped the use of the AstraZeneca jab in North Sulawesi this past weekend, after several people – from a total of 3,990 – experienced side effects, including fever, chills, muscular and bone pain, and nausea or vomiting.

Satari said the commission had reviewed the cases of side effects one by one, adding that four people needed medical attention, but most of them have recovered.

The use of the AstraZeneca vaccine was also halted earlier this month in several European countries due to reports that it causes blood clots.

Global agencies, including the World Health Organization, opposed the decision, saying the jab was safe and its benefits were greater than the risks.

The vaccine is now being used again in Europe after it was cleared by medical regulators, including the European Medicines Agency.

Siti Nadia Tarmizi, Indonesian Health Ministry’s spokesperson for the vaccination program, said 1.1 million doses of AstraZeneca vaccine, obtained under the COVAX facility, have been distributed to seven provinces of Indonesia.

She said side effects have only been reported in North Sulawesi.

AstraZeneca vaccine shots have been administered to people in Bali’s tourism industry, some clerics in East Java province, and soldiers in several parts of Indonesia.

The country has been using the AstraZeneca jab and CoronaVac, the vaccine developed by Chinese firm Sinovac, in its immunization drive, with both vaccines approved for emergency use by the Food and Drug Supervisory Agency (BPOM).

Indonesia aims to vaccinate 181.5 million people, or 70% of its total population, to achieve herd immunity.

At least 7.7 million people in the country have received their first vaccine dose and 3.5 million have completed a two-dose course as of Tuesday, according to official data.