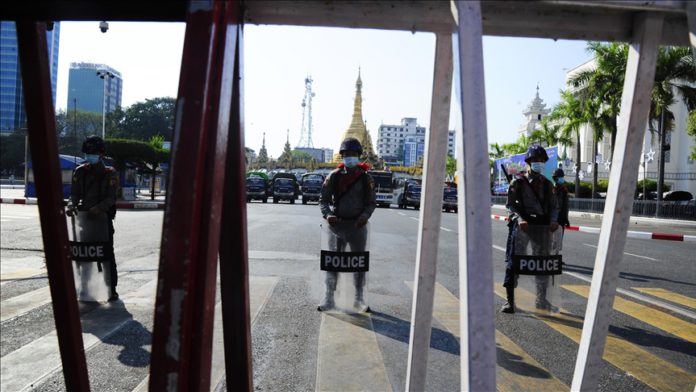 Indonesia is calling on Myanmar’s military to show restraint in dealing with protestors against a recent coup, a senior official said Tuesday.

Indonesian Foreign Minister Retno Marsudi spoke with her Chinese counterpart Wang Yi by phone Saturday about the situation in Myanmar in the wake of the Feb. 1 coup, Teuku Faizasyah, Foreign Ministry spokesperson in the capital Jakarta, said Tuesday.

In her efforts to find an amicable solution to Myanmar’s political crisis, Marsudi has been in contact with her counterparts from India, Australia, Japan, and Britain, as well as Special UN Envoy to Myanmar Christine Schraner Burgener.

Marsudi stressed that the safety and welfare of Myanmar’s people must be the utmost priority for the junta.

Wang welcomed the Indonesian initiative to arrange a special meeting of the Association of Southeast Asian Nations (ASEAN) to discuss Myanmar’s political crisis.

“China has supported Indonesia’s efforts to de-escalate the conflict in coordination with ASEAN members,” Faizasyah told Anadolu Agency on Tuesday.

The Chinese Embassy in the US recently issued a statement in which Beijing expressed its full support for a proposed ASEAN ministerial meeting, but decided to adhere to the principle of non-interference.

As a friendly neighbor of Myanmar, Wang said China is concerned about stability and peace in the country.

“The continuing turbulence in Myanmar is in the interests of neither Myanmar nor its people, nor in the common interests of other regional countries,” said Wang.

“Both Myanmar’s military and political parties bear responsibilities for stability and development in the country,” he added.

The military claimed it launched the coup due to “election fraud” resulting in the NLD’s dominance.

The UN Human Rights Council has said it is “closely” following events. ​​​​​​​