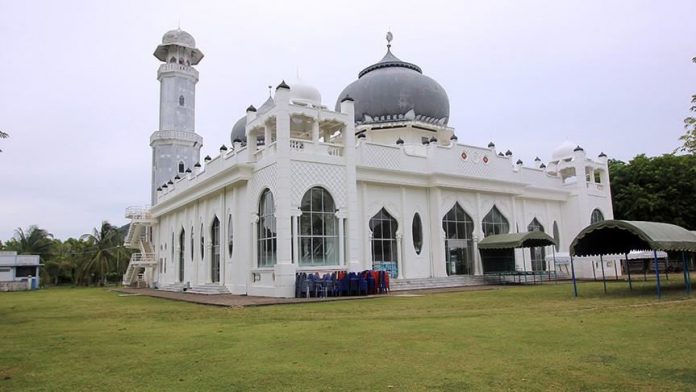 Verses from the Quran were recited by the children echoed from the loudspeaker of a white mosque located near the coast of Lampuuk in Lhoknga district of Aceh province in Indonesia’s western Sumatra Island.

The students in colorful clothes sat in rows to recite the verses of the Muslim holy book they memorized in front of the teachers.

Some of them were lying on their stomachs while writing Arabic calligraphy in their notebooks.

Those activities are among the daily routine following the afternoon prayer in Rahmatullah Mosque, which was hit by a 30-meter (98 feet) tsunami 15