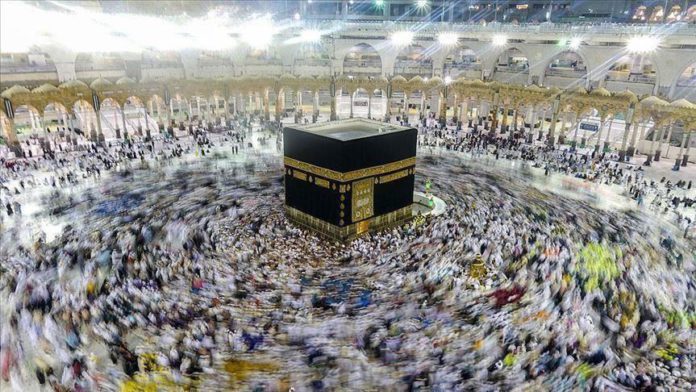 Indonesia on Tuesday urged Saudi Arabia to announce a final decision and end speculation on whether the annual Islamic Hajj pilgrimage will be canceled this year due to the coronavirus pandemic.

Oman Fathurahman, spokesperson of Ministry of Religion, said Indonesia expected the kingdom to decide before the end of Ramadan, the Islamic month of fasting that is now in its last week.

“We hope that the exact information on whether this year’s Hajj will be held or canceled can be announced soon by Saudi government. Hopefully before the end of Ramadan,” he said in a statement.

As the country with the world’s largest Muslim population, Indonesia was given the highest quota for this year’s Hajj and will be sending 221,000 pilgrims to Mecca if it is not canceled.

With this year’s Hajj scheduled for late July, the official said countries need to make various preparations for pilgrims and need a final decision to proceed with their plans.

“The Ministry of Religion has coordinated with the Ministry of Foreign Affairs to help communicate this through the Saudi Arabian Embassy in Jakarta,” he said.

He said the ministry has prepared for both scenarios and has a plan to follow if Hajj is canceled or not.

“We have prepared the mitigation plan. So, whatever Saudi Arabia’s decision will be, we are ready,” said the spokesperson.

With more than 18,000 cases and over 1,200 deaths to date, Indonesia is taking extensive measures to curb the spread of the coronavirus.

Nearly 2.5 million pilgrims — 75%, or over 1.8 million, of them from abroad — performed last year’s Hajj, which Muslims are required to perform at least once in their life if possible.

The kingdom, which has reported more than 57,000 cases and 320 deaths so far, suspended the year-round Umrah, the lesser pilgrimage, in March.

Last week, Saudi authorities announced a curfew for the five-day Eid al-Fitr holiday, which marks the end of Ramadan, starting from May 23.