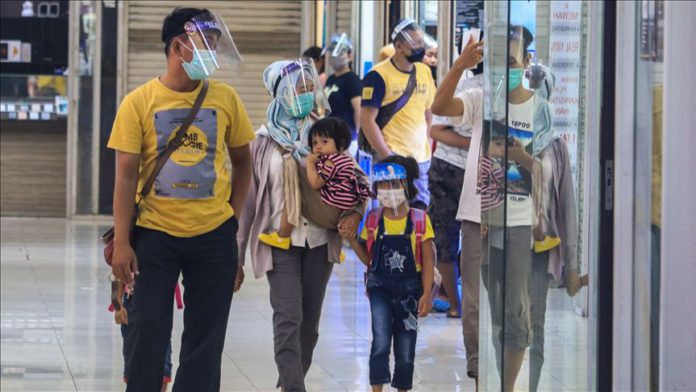 A Indonesia on Wednesday became the country with the highest number of coronavirus cases in southeast Asia with 41,431, overtaking former hot spot Singapore with 41,216 cases.

The government reported 1,031 new coronavirus infections for the last 24 hours, while 45 more fatalities have raised the death toll to 2,276.

Achmad Yurianto, a spokesperson for Indonesia’s COVID-19 task force, said recoveries have risen to 16,243 after 540 more patients were discharged from hospitals over the past 24 hours.

Indonesia also registered the highest number of active cases in the region with 22,912, while Singapore recorded 9,780 active cases on Wednesday.

The largest country in southeast Asia has confirmed an average of 1,000 new cases daily, while the city-state Singapore reported less than 500 daily cases over the past 10 days.

The surge was due to an increase in the number of specimens tested from 10,000 to 19,000 daily over the past 10 days, said Laura Navika Yamani, an epidemiologist from Indonesia’s Airlangga University

“Indonesia has not yet reached the top of the curve, the number of cases can still rise,” Yamani told Anadolu Agency.

Despite the surge in the case numbers, the government eased large-scale social restrictions in some red zone areas, including the capital Jakarta and East Java province.

Yamani accused the government of worrying more about the economic impact as most people depend on the informal sector.

“Epidemiological evidence shows that the situation is not safe enough for the government to ease the restrictions. So, the number of cases is likely to rise,” she added.

She noted that this situation could affect Indonesia’s position in the southeast Asian region as neighboring countries have passed the peak of virus infection.

The Thai government has approved three stimulus packages worth 22.4 billion baht ($720 million) to revive domestic tourism which has been badly affected by the pandemic.