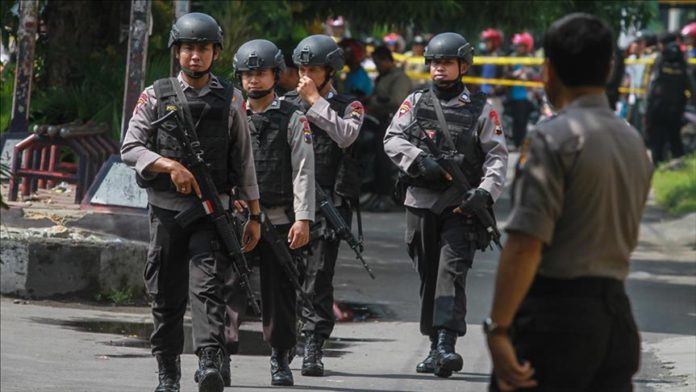 The Indonesian government is considering adding an armed group in the easternmost province of Papua to the list of terrorist organizations, a senior official said on Tuesday.

During a panel discussion with lawmakers, Police Commissioner-General Boy Rafli Amar, head of the National Counterterrorism Agency (BNPT), said the so-called West Papua National Liberation Army – Free Papua Organization (TPNPB-OPM) meets the criteria for being branded as a terrorist organization as it engages in violence with firearms, causing fear in society.

“Based on the actual conditions on the ground, members of the group can be said to have committed acts of terror,” Amar said.

He said the agency may recommend President Joko Widodo to include the armed group in the list of banned organizations in Indonesia. “We cannot make our own decision… it is still being discussed,” he added.

An official from the State Intelligence Agency said the activities of the armed group are similar to those of terrorist organizations.

The group has attacked and killed both security forces and civilians, as well as causing damage to public and private property, according to the agency’s spokesman Wawan Hari Purwanto.

“There is a lot of pressure to include the armed criminal group in the terrorist organization list,” Purwanto said in a text message to Anadolu Agency on Tuesday.

He said the violence has incited widespread fear in society and that their actions correspond with the definition of terrorism as stipulated in the country’s law.

However, the National Commission on Human Rights has urged the government to proceed with caution and evaluate the situation in Papua before making any decisions.

Commissioner Amirudin Al Rahab told reporters on Tuesday that a deeper study and communication with all parties are needed before classifying the group as terrorist.

He said the commission could communicate with the BNPT and discuss various options.

“[The commission] will ask more substantive questions from the standpoint of all parties upholding and respecting human rights,” he added.

Another human rights group, Kontras, expressed concern over the definition of terrorism in the law, calling it “too broad.”

Arif Nur Fikri, the group’s deputy coordinator for advocacy, said the government can easily label religious or sociopolitical groups that oppose the government as terrorist organizations.

“Maybe this time it is Free Papua Organization, we don’t know, maybe in the future it will be another government-critical organization,” Fikri told reporters.

According to data from the Papua regional police, there were 46 cases of alleged armed group violence in Papua in 2020, with nine people killed — five civilians, two soldiers, and two police officers.