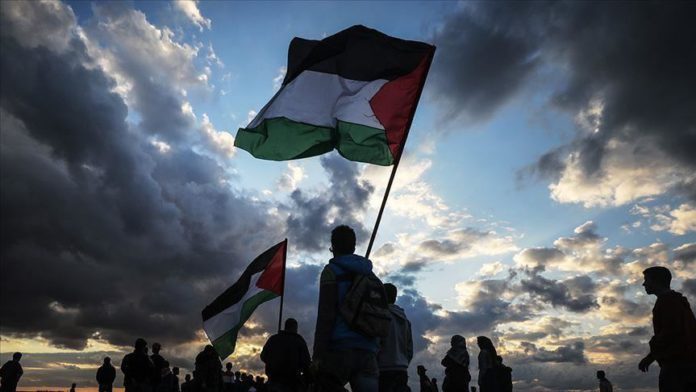 An Indonesian expert on international relations has said despite its close relationship with the UAE, Indonesia, should not let this affect its unwavering support for Palestinian independence from Israeli occupation.

Earlier this week, the UAE government inaugurated a street in the capital Jakarta dedicated to Indonesian President Joko Widodo as a symbol of bilateral ties between the two countries.

Ramdhan Muhaimin, a lecturer at the Al-Azhar University in Jakarta, urged Indonesia to keep supporting the Palestinian cause, though several Arab countries, including UAE, have agreed to normalize relations with Israel.

“Defending occupied Palestine is the mandate of our Constitution,” said Ramdhan on Thursday, referring to the 1945 Constitution that explicitly states that independence is the right of every nation and that colonialism must thus be abolished.

Ramdhan believes that the inauguration of the street had economic motives considering that Indonesia has purchased 20 million doses of a vaccine against the novel coronavirus from the UAE.

Sya’roni Rofii, a Middle East observer at the University of Indonesia, said the UAE’s recent move aims to strengthen relations with Indonesia, as the two countries had agreed to expand economic activities since the beginning of the year.

However, the UAE still has a tendency to get Indonesia on board in normalizing relations with Israel.

“Therefore, everything now depends on the president, how he maintains relations with the UAE while supporting Palestine independence at the same time,” Rofii added.

In January, the Indonesian government and the UAE signed 11 business cooperation agreements worth 314.9 trillion Indonesian rupiah ($22.89 billion), which will be realized for various sectors, such as energy, oil and gas, petrochemicals, ports, telecommunications and research.

This agreement was made during President Joko Widodo’s visit to Qasr Al Watan, Abu Dhabi’s Presidential Palace, and his bilateral meeting with the crown prince of Abu Dhabi, Sheikh Mohamed bin Zayed.

Shofwan Al Banna, another international relations expert, said the UAE had no direct interest to encourage Indonesia to follow in their steps.

The UAE and Bahrain became the third and fourth Arab states to normalize ties since Israel signed peace treaties with Egypt in 1979 and Jordan in 1994.

According to Shofwan, Indonesia has maintained a relatively cooperative and mutually supportive relationship with the US, the main supporter of Israel, but never stepped into the normalization process.

However, he stressed that Indonesia must remain consistent with its stance that opposes all forms of colonialism as stated in its 1945 Constitution.

“What Israel has been doing, especially in Palestine, is occupation,” he added.

“If our country follows the UAE’s step, then Indonesia’s bargaining power to Israel will decrease,” Shofwan explained.

Besides, Shofwan assessed that Indonesia did not have the diplomatic capacity to influence the UAE to side with the Palestinian cause.

“I don’t think it has enough power to influence the UAE,” he said.

Moeldoko, Head of the Presidential Staff Office, emphasized that the UAE’s recent move would not change Indonesia’s political stance towards Palestine.

“Our foreign policy towards Palestine will not change. It will not be affected by the inauguration of a street,” said Moeldoko at his office on Wednesday.

He also assured that Indonesia would not deviate from its key foreign policy principles of freedom and proactiveness.

Meanwhile, Teuku Faizasyah, a spokesperson for the Ministry of Foreign Affairs, asked the public not to over-interpret the UAE’s intentions.

“The independence of Palestine is mandated by our constitution,” he told Anadolu Agency.

In September, Bahrain and the UAE — followed by Sudan on Friday — agreed to establish full diplomatic, cultural and commercial relations with Israel after signing controversial agreements at the White House.