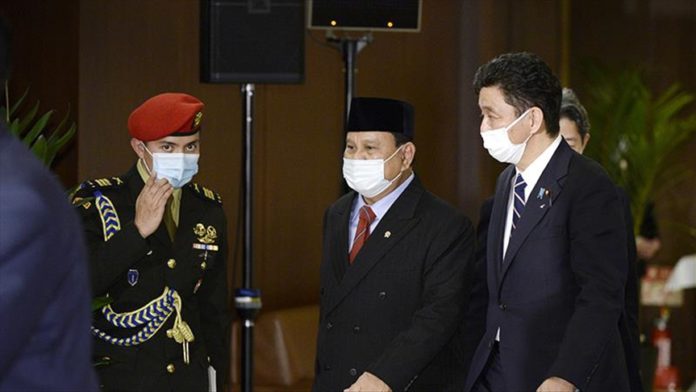 Indonesia and Japan have signed a deal enabling exports of Japanese-made defense equipment as they try to boost cooperation amid China’s rising assertiveness in regional waters.

The agreement on the transfer of defense equipment and technology was signed on Tuesday after the foreign and defense ministers of Indonesia and Japan met in Tokyo for the so-called two-plus-two talks, the second of its kind between the two countries since 2015.

Indonesian Defense Minister Prabowo Subianto said this agreement was the first time in the history of relations between Indonesia and Japan.

He supported Japan to participate in efforts to develop Indonesia’s defense industry.

“We invite the Japanese side to take higher participation in the defense industry. Also we encourage joint training between our services, air, maritime also land forces,” Subianto said in a joint press conference in Tokyo.

Meanwhile, Japanese Defense Minister Nobuo Kishi said that he would accelerate the implementation of the cooperation that had been agreed between the two countries.

Kishi also highlighted the situation of the South China Sea with Subianto, expressing his concern regarding China’s policy to allow its coast guard to shoot down foreign ships.

He then agreed with President Joko Widodo to step up negotiations, which were launched in 2015, toward the defense accord.

Indonesia faces tensions in its exclusive economic zone in the waters north of the Natuna Islands with China, where Chinese fishing boats, accompanied by Chinese coast guard vessels are claimed to be engaged in illegal fishing.