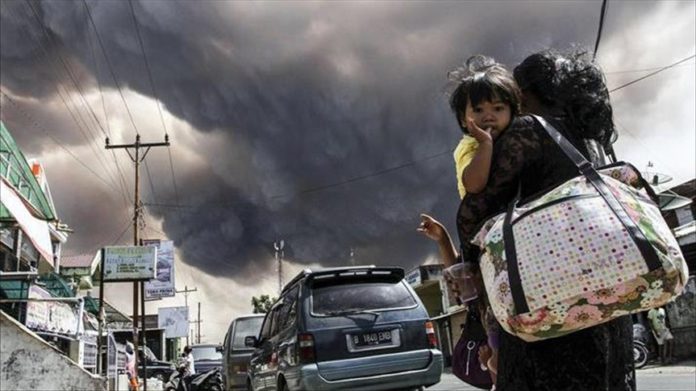 Volcanic activity in Indonesia’s East Java province has forced at least 550 people to leave their homes, the country’s disaster agency said on Tuesday.

The Mt. Semeru volcano spewed hot clouds three kilometers (over 1.8 miles) into the sky between 1 a.m. and 2 a.m. local time, according to a press release by the National Disaster Management Agency.

Raditya Jati, a spokesman for the agency, said the displaced people have been accommodated in two shelters at the Mt. Semeru monitoring post and Supiturang village.

He said response teams have distributed 4,000 face masks and set up a public kitchen.

The agency said several areas near Mt. Semeru might be affected by the volcanic activity, including Supiturang, Oro-oro Ombo, and Rowobaung villages in Pronojiwo district, and Sumberwuluh village in Candipuro district.

Authorities have issued a Level 2 warning and advised residents to stay one kilometer (over 0.6 miles) away from the active volcano and four kilometers (some 2.5 miles) away from its southern and southeastern slopes.