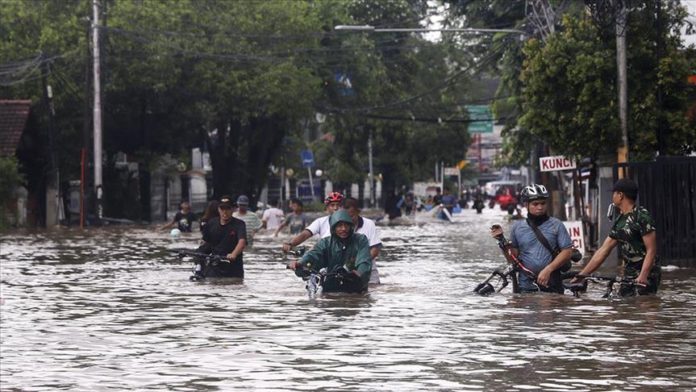 Disaster management authorities in Indonesia revealed on Tuesday that at least 49 neighborhoods in the country’s capital had been flooded.

A number of areas were flooded with water 10 to 100 centimeters deep (3.9 to 39.3 inches) after heavy rainfall that began Monday night, said the National Disaster Management Agency.

In east Jakarta, at leasts 23 neighborhoods were flooded as of Tuesday morning, while 14 areas were affected in the west of the city, 10 in the south, and one each in its central and northern regions.

Raditya Jati, spokesman of the agency, said at least 15 people had fled their flooded homes on Monday night.

“Authorities have prepared evacuation posts in four points in North Kembangan and Rawajati,” said Jati in a written statement.