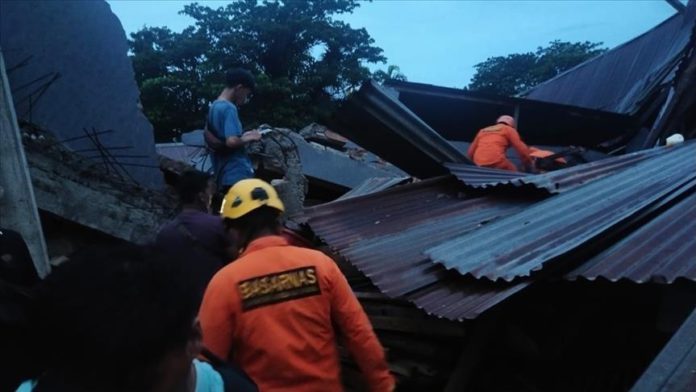 A magnitude 6.1 quake hit the Malang regency and its surrounding areas on Saturday, affecting at least 15 regencies and cities in East Java.

According to the National Disaster Management Agency (BNPB), 179 public facilities were damaged, while 642 houses were severely damaged, 845 houses suffered moderate damage, and 1,361 houses were lightly damaged.

“Based on surveys and evaluations in the field, many building structures did not meet earthquake resistance requirements. The majority of buildings do not use column structures at the corners,” Dwikorita Karnawati, head of the Meteorology, Climatology and Geophysics Agency (BMKG), said in a statement.

In addition to the building structures, other contributing factors were the state of rocks and soil, local topographical conditions, and distance to the epicenter, she added.

The official explained that injuries to people were caused by the weak building structures and not by the tremor itself.

The conclusion is based on the results of a survey by the BMKG in Malang, Blitar, and Lumajang regencies.

The findings will be submitted to the local government as the basis of recommendations that the damaged buildings be rebuilt in the right areas and in compliance with building standards.

“Earthquake-resistant buildings must be enforced in earthquake-prone areas,” Karnawati said, stressing the need for a strict building code to be implemented in Indonesia.