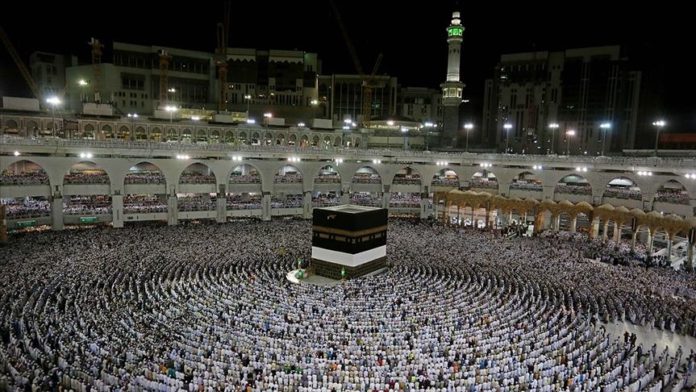 Indonesia said on Wednesday that the country completed preparations for the annual Islamic Hajj pilgrimage and is now awaiting confirmation from Saudi Arabia on the terms of departure.

Saudi Arabia in February banned entry to the kingdom from 20 countries, including Indonesia, to curb the spread of coronavirus.

Khoirizi Dasir, the acting director general of Hajj and Umrah at the Ministry of Religious Affairs, told Anadolu Agency that the ministry is “still waiting for a decision from Saudi Arabia.”

Dasir met with Esam Abid Althagafi, Saudi Arabia’s ambassador in Jakarta, last month, but he received no assurances that Indonesians would be able to perform Hajj this year.

The ambassador told the official that he has not yet received any information from Riyadh about the decision to reopen the Hajj service for Indonesia.

The Hajj, the pilgrimage to Islam’s holiest site Kaaba in the city of Mecca, is one of the five pillars of Islam. Muslims are required to perform it at least once in their life if they have the means to do so.