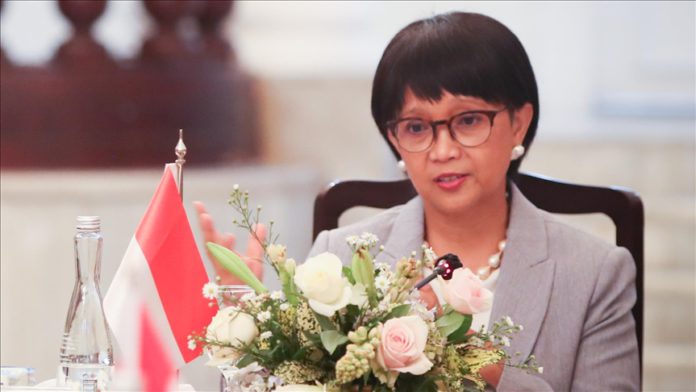 Her statement came at an annual address to the nation where she laid down a five-pronged foreign policy for the year.

She said they were looking for the provision of vaccines through bilateral or multilateral cooperation.

They also wanted to build the national health industry for active pharmaceutical ingredients (API), medicines, or medical equipment, she added.

The country is also interested in sharing technology and human resources for research in the sector, she said.

The second aspect of foreign policy is supporting economic recovery and sustainable development.

She said the country will work on expanding market access and regional economic integration through trade deals with the EU, Turkey and other regional blocs.

The third aspect of the policy is to reinforce a citizen protection system.

“The protection of ship crews from downstream to upstream will also be strengthened through creation of a roadmap for the ratification of ILO C-188 on Work in Fishing Convention,” she added.

ILO C-188 is an international instrument that regulates the security and guarantees that fishing vessels hire crews under proper conditions.

The fourth priority, according to the minister, is to continue the country’s contribution in advancing various regional and global issues.

She also expressed the country’s hope to encourage a safe, voluntary and dignified return of Rohingya refugees.

“Indonesia will continue its efforts to ensure progress in resolving the issue of Rakhine State,” said Marsudi.

On the Palestine issue, she said Indonesia hopes that a conducive situation will be achieved in 2021.

“Support for the struggle of the Palestinian people for independence will remain steadfast,” she said.

Marsudi also said that Indonesia will continue to play its active role in advancing an inclusive peace process in Afghanistan.

“For the next three years Indonesia has committed around 5 million US dollars with a focus on advancing values of moderate Islam and reinforcing the role of women in Afghanistan, including through trilateral cooperation mechanism with partner countries,” she added.

The minister said the fifth priority of diplomacy is to ensure the protection of sovereignty and territorial integrity by intensifying negotiations for land and maritime boundaries.

“Indonesia will continue to reject claims that are not based on international law,” she added.

Negotiations on territorial sea boundaries in the Sulawesi Sea and the southern Strait of Malacca will be initiated with Malaysia. However, the Economic Exlusive Zone (ZEE) negotiations with Vietnam have been postponed due to the pandemic.