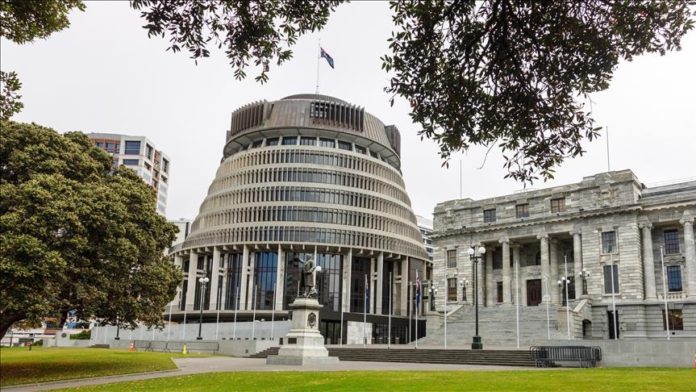 Indigenous lawmakers in New Zealand on Thursday called on the country’s Crown to apologize for the “wrongdoings of the past.”

Addressing the New Zealand parliament, Maori Party co-leader Debbie Ngarewa-Packer said: “I stand here as a descendant of a people who survived a Holocaust, a genocide, sponsored by this House and members of Parliament whose portraits still hang from the walls. Members of Parliament who sought our extermination and created legislation to achieve it.”

Her party colleague Rawiri Waititi asked “when [the New Zealand] Crown would own up to its many failings and commit to doing better.”

“It is time to transform how we do politics in Aotearoa; it is time for Maori to look after Maori as we know what is best for us,” Waititi said.

The Maori Party was founded by Dame Tariana Turia. “Her courage has inspired a whole generation and her bravery continues to inspire me today,” Ngarewa-Packer said, urging the Crown to “apologize for the wrongs of the past.”

In 1863, New Zealand, then a British colony, passed legislation enabling the confiscation of Maori land from tribes deemed to have “engaged in open rebellion against Her Majesty’s authority.”

After the 1863 British invasion of Waikato in New Zealand’s North Island, the government ordered all Maori living in the Manukau district and on the Waikato frontier north of the Mangatawhiri stream to “take an oath of allegiance to the Queen and give up their weapons.”

This October the Maori Party returned to Parliament after it failed to capture any seats in 2017.

Ngarewa-Packer accused former parliamentarians of being “responsible for the murder and rape of women and children, the imprisonment of Maori without trial and the confiscation of their land.”

“Too many of our whanau [Maori] are struggling, out of work and unable to survive on benefits set deliberately below the poverty line or working two or three jobs on low wages and still not being able to pay their bills,” Ngarewa-Packer told parliament.

Detailing the suffering of her people, Ngarewa-Packer said: “In this House, we have the power not to repeat the mistakes of the past that caused so much suffering for our people … and to transform Aotearoa for the better.”