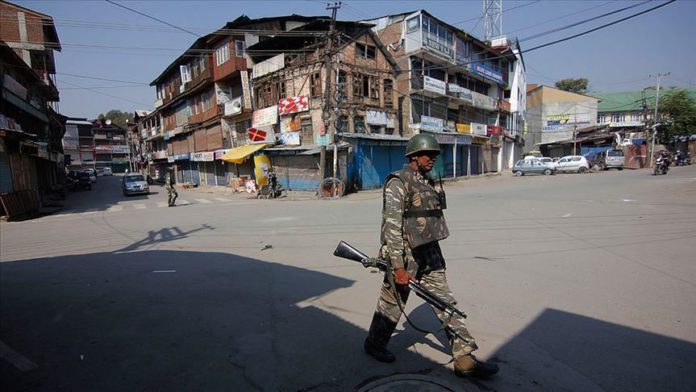 The special status of Jammu and Kashmir revoked last year in August was a psychological barrier towards the full integration of the region with the rest of India, said Nirmal Singh, a senior leader of India’s ruling Bharatiya Janata Party (BJP).

In an exclusive interview with Anadolu Agency, Singh, who is also former deputy chief minister of the region said before Aug. 5, last year Indian-administered Kashmir was a state within a state, which was giving separatists or pro-freedom groups a handle to demand a separate entity.

“The majority of the people had always wanted full integration with the country. The special laws were the basic cause of separatism which had overtime graduated into terrorism. These laws had deprived certain communities of citizenship and voting rights. There would be some dissenting voices but the majority of the people feel they are now in the national mainstream,” he claimed.

The J&K comprises Hindu majority Jammu and Muslim majority Kashmir divisions. According to the 2011 official census, while 96.4% Muslims inhabit Kashmir Valley, the Jammu division hosts 62.5% Hindu population. In both regions, Hindus comprise 28.43% of the total population.

The Hindu population, which voted for the BJP in 2014 local assembly elections, have always supported Indian rule in the region.

After the elections which threw a fractured verdict, the BJP formed a coalition with the Kashmir-centric People’s Democratic Party (PDP). Singh, who had served as chief of BJP’s state unit, was appointed as deputy chief minister.

The party walked out of the alliance in 2018, leading to New Delhi’s direct rule.

Critics say, India’s last year Aug. 5 decision lacked legal validity as it was not authorized by the elected representatives of the region.

A small percentage of the population dissented

“One member of PDP even tore the copy of the constitution. There would be dissent in a democracy. Some people had to be detained because there are 13 million people in Jammu and Kashmir and a small percentage of that population could have created trouble. So, the law had to take its course. The government did not want to take a risk,” he said.

Introduction of domicile laws, which have granted citizenship and job rights to an unspecified number of outsiders, have sparked fears of demographic changes, especially in Muslim-majority Kashmir. Article 35A of the Indian constitution, which barred outsiders from buying properties or holding government jobs, was also scrapped last year.

Singh said it violated the fundamental rights of the people of India.

“If a Kashmiri can buy property anywhere in India, why should the people of the country not have the same right in Kashmir?“ he asked.

He said the domicile laws were not extended to Kashmir to marginalize any ethnic group.

“These laws are not different from those prevalent in the rest of the country. The old law was discriminatory. Three generations of sanitation workers who had been settled in Kashmir by previous governments had been denied citizenship and property rights,” he said.

Responding to criticism that neither the promised development ensued after scrapping of special laws, nor has there been a reduction in violence, Singh said the status quo was a barrier to outside investment in Kashmir.

“Many industrialists were always eager to invest in Kashmir but the previous governments always created hurdles. Also, separatism and terrorism were big barriers to the flow of investment. And then COVID-19 pandemic created problems,“ he said.

“When it suits them, they say that Dogra kings of Jammu had enacted special laws and created the erstwhile state of Jammu of Kashmir. But they would never say that parts of the same state are under the occupation of Pakistan. They would never talk about Gilgit-Baltistan and issues of its people,” he added.

Former deputy chief minister said the reason for reorganizing Jammu and Kashmir was meant to counter the proxy-war situation.

Several prominent Hindu lawmakers from the Jammu region were also detained last year for opposing division of the state. Former lawmaker, Harsh Dev Singh, was put under house arrest in December last year for publicly protesting against the constitutional changes.

Admitting while there are dissenting voices in the Hindu majority Jammu region as well, Singh said the Aug. 5 decisions reflected will of the majority of people.