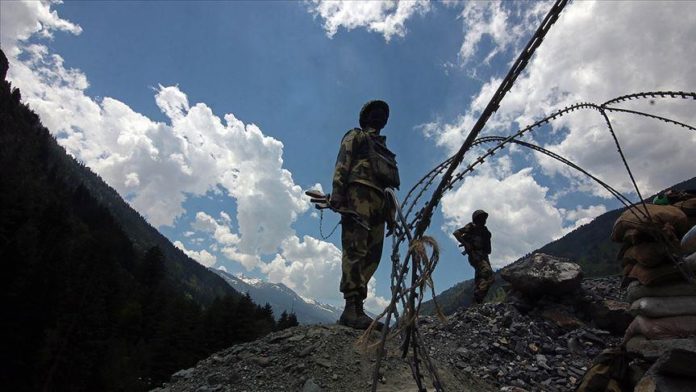 A recent “no crime, no killing” statement by the Indian foreign minister during his visit to Dhaka has received harsh criticism from rights defenders in Bangladesh.

Indian border security forces have been accused of killing civilian Bangladeshis across the border. Global rights bodies also blamed New Delhi for turning a blind eye to extrajudicial killings by its forces.

Indian External Affairs Minister Subrahmanyam Jaishankar, during a joint news conference with his Bangladeshi counterpart AK Abdul Momen, defended Bangladeshi civilians’ killings along the border by Indian armed forces claiming that the killings are occurred due to crimes.

“No crime, no death on the border,” he said, without mentioning the type of crimes.

Speaking to Anadolu Agency, professor of International Relations and rights defender Chowdhury Rafiqul Abrar said that the declaration of ‘no crime, no killing’ policy of New Delhi “appears to be the departure of India from its earlier position.”

“They [India] were remorseful earlier about the unexpected killings across the border. They committed several times that they would try to minimize border killings to zero gradually.”

Expressing wonder at the ‘unlawful’ comments of Jaishankar over border killings, Abrar added: “It means that their [Indian] position has turned to a negative course over the unlawful practice.”

“There is no such instance of using firearms so randomly by border forces across the frontline as seen along the Bangladesh-India border by the Indian force,” he went on to say.

Along with human rights defenders, Bangladeshi people from all sectors of the society also expressed concerns and wonders over such “weak logics” of the Indian minister for defending the killings.

“How can a minister say that no crime, no killing regarding unarmed civilians. The Indian border force has killed more than one thousand Bangladeshi nationals who are mostly pretty cow traders or citizens of the border areas in the two decades,” said Ismail Hossain, a student at Dhaka University.

Referring to the logic of the Indian minister, Hossain told Anadolu Agency that “smuggling cows” or involvement with any “cross-border crimes can’t be the reason for being murdered without trial.”

Speaking to Anadolu Agency, Mushfika Naorin, another student from a private university in Dhaka, said that “killings of Bangladeshi civilians in lame excuses has turned into a habit of Indian border forces. We must raise the issue before the international court.”

Although a friendly relation between Bangladesh and India since Delhi helped Dhaka to achieve independence five decades ago during the 1971 Liberation War, Bangladeshi civilians are being killed by the Indian border force repeatedly.

According to the records of local rights and legal aid body Ain O Salish Kendra [Law and Arbitration Center], at least 49 Bangladeshi nationals, mostly unarmed civilians, have been killed along the India-Bangladesh border by Indian Border Security Force in 2020.

Another rights body Odhikar reported that a total of 1,185 Bangladeshi civilians had been killed by Indian border forces between 2000 and 2019.

The Indian top diplomat came to Dhaka on a hasty tour to discuss the ways of successful visit of Indian Prime Minister Narendra Modi to Bangladesh on March 26.

Claiming that killings also take place within the Indian side, Jaishankar, however, added that “every death is regrettable.”

“But you all know why border killings happen. This is all because of crimes.”

Underlining the historic bondage and 50 years of diplomatic ties between the two South Asian neighbors, he opined that there is no issue or crisis that cannot be resolved “through amicable dialogue.”

“I am sure that we can address it [border killings] together and we are working on it,” said the Indian minister.

Addressing Bangladeshi authorities, Abrar said that the Bangladeshi Foreign Minister Momen should have instantly protested his Indian counterpart’s controversial comment on border killing that he termed as “extreme audacity.”

“We are concerned now whether the Bangladesh government is supporting the same brutal policy across the border,” he said, adding that crimes have different levels and the response of any crime should be proportionate according to the rule of law.

Referring to the India-Bangladesh border, he said: “In all cases, unarmed civilians are being killed across the border by Indian force.”

“There is not even a single evidence that those who have been killed by Indian BSF [Border Security Force] possessed any firearms,” Abrar claimed.

Citing the much-talked killing of a Bangladeshi teenage girl Felani by BSF in 2011, he added: “Even Indian side has not sought for an apology for the brutal murder till now, and we have failed to ensure justice.”

Felani’s dead body was hanged over the barbed wire fences for hours after being killed, creating huge discontent among Bangladeshis.

In a statement in February, Human Rights Watch stated that the Indian border forces continue “to commit abuses, including extrajudicial killings, torture, and ill-treatment” as the rights body asked New Delhi to “investigate and prosecute” the alleged killings and violations across the border.