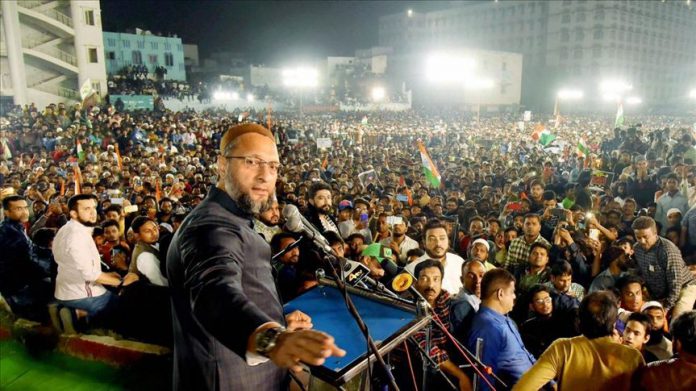 Of late Asaduddin Owaisi, 50, is India’s most recognized Muslim politician. President of the All India Majlis-e-Ittehadul Muslimeen and a four-time Member of Parliament, representing the historic southern city of Hyderabad, he has emerged as an effective voice against the newly adopted controversial citizenship law, believed to be discriminatory to the 180 million Muslim population in India.

Known for his bold statements, London-educated Barrister of Law, with his persuasive Urdu and fluency in English, Owaisi faces ire of both secularists and Hindu nationalists. For Hindu nationalists, he represents the cause of Muslims, whom they loathe, and for