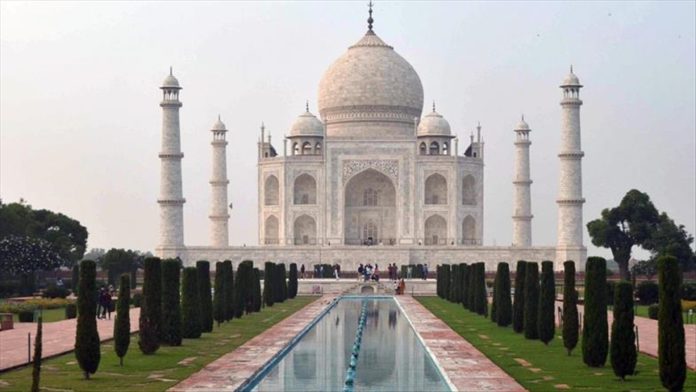 Although over the years, India has lost many heritage structures due to a host of reasons, architects and heritage activists of late are voicing concern that the new capital project currently under construction is riding roughshod over iconic spaces and heritage buildings.

On the eve of World Architecture Day, which is being observed on Thursday, the experts are pleading to find a way to balance new constructions, while saving the heritage structures from the hammer.

Prime Minister Narendra Modi’s government has launched an ambitious project at the cost of $2.6 billion to revamp the capital New Delhi to replace the existing colonial-era structures with new buildings.

Last month Indian news website The Print reported that 12 landmark buildings will be razed including Indira Gandhi National Centre for Arts, the National Museum, a portion of National Archives, and the residence of India’s vice president.

In a letter to the government Maulana Mahmood Madani, president of Jamiat Ulema-i-Hind, a Muslim socio-religious organization asked for the protection of five mosques, which are also reportedly coming under the hammer in the redevelopment project.

“These mosques are parts of our world heritage, if they get damaged, it would impact international reputation and will profoundly hurt sentiments of a particular community…We demand that the government comes with a concrete plan to preserve these mosques and they shall not be disturbed at any cost,” he wrote.

Speaking to Anadolu Agency, Divay Gupta, principal director of Architectural Heritage Division at Indian National Trust for Art and Cultural Heritage (INTACH), urged protection for all the structures and buildings which are of heritage value.

He said a large part of the heritage in the country is not legally protected.

“But they are also important landmark buildings associated with our history and memory and can even offer us economic and ecological returns through their reuse and upgradation,” he said.

Echoing these views, Pankaj Modi, a heritage conservation architect in the South Indian city of Bengaluru, asked the government to make all the efforts to preserve the country’s heritage and valuable public space.

“What is happening of late, there has been an increased level of awareness among the people, but at the same time, the awareness among the policymakers has not gone beyond just looking at the past as monuments…we are finding that the most vulnerable section of the heritage is under private ownership,” he added.

Defining heritage, he said the buildings and space constructed in modern history also do come under this category.

While saying that modernization was posing a threat to heritage structures, the experts call for adopting a balanced approach.

“I think there is a lot of anxiety about modernization, as we also want to be seen as a modern nation,” said Gupta.

He said the West has found a balance between preservation of heritage and development in the 80s after a similar raging debate.

“So, we also now need to think of a balanced approach where heritage conservation is also development, but more sustainable and inclusive,” he said.

Over the past many years, there have been instances, when under the pressure of conservationists the government had to abandon the redevelopment plans.

Two months ago, when authorities were contemplating demolishing a part of a 130-year-old library in the eastern Indian state of Bihar for a proposed flyover, the move triggered an outrage.

“For us, there is fierce fighting every time a structure faces a threat of demolition. It is a struggle. We have to raise our voices because there is no general policy and many times, we fail on that,” said Pankaj.

He said there was a need to set up a federal body to protect these heritage structures, besides increasing awareness among decision-makers.

“We need to have one central government body, which will look beyond the mandate of archaeology authority. There have been many missions by the government, not always successful because of the approach,” he said.

In 2013, the government auditor said that India has lost as many as 92 heritage monuments as a result of development activities. The report mentioned that official bodies were taking due care of world heritage sites.

Earlier this year in February, the Cultural Ministry said there are 3,693 monuments of national importance under protection in the country. It also admitted 24 monuments have become “untraceable” due to urban activities.