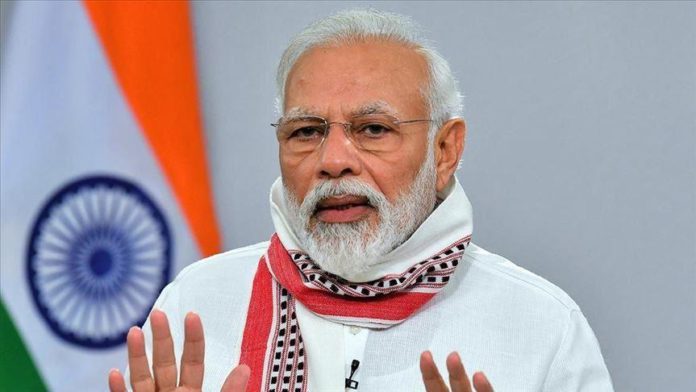 Indian Prime Minister Narendra Modi on Tuesday said the government is focused on the education and empowerment of Muslim girls in the country.

Speaking at the centennial celebrations of India’s world-famous Aligarh Muslim University via video conferencing, Modi said school dropout of Muslim girls in the country has reduced to 30%.

“The government is very focused on the education of Muslim daughters and their empowerment. In the last six years, nearly one crore [10 million] Muslim daughters have been given scholarships by the government. There should be no discrimination on the basis of gender, everyone should get equal rights, and everyone should get the benefit of development of the country.”

Modi is the first prime minister of India in decades to address the Aligarh Muslim University.

The premier quoted the remarks of 19th-century reformer and thinker Sir Syed Ahmed Khan and the founder of the university: “The first and foremost duty of one who is concerned about his country is to work for the welfare of all people.”

Irrespective of the caste, creed, or religion, Modi said, “the country is proceeding on a path where every citizen is assured of his or her constitution-given rights and no one should be left behind due to one’s religion.”

He listed examples of the government schemes providing benefits “without any discrimination”.

He added: “Vision of new India envisages that the development of the nation and society should not be seen from a political angle.”

The prime minister lauded the efforts of the university to strengthen India’s relations with many countries of the world.

“The research done here on Urdu, Arabic, and Persian languages, research on Islamic literature gives new energy to India’s cultural relations with the entire Islamic world,” he said, adding that this institution has double responsibility to further enhance the soft power of the university as well as fulfilling the obligation of nation-building.