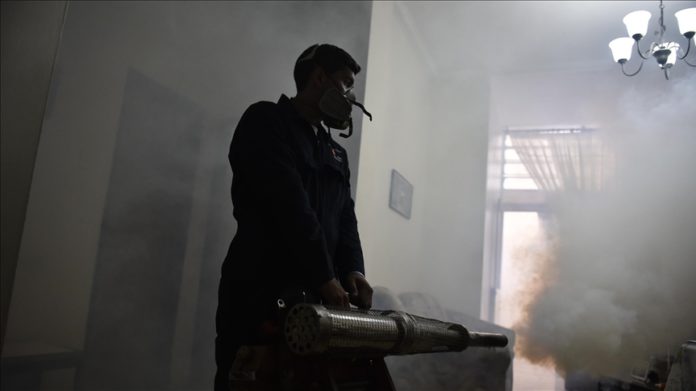 A state of alert has been declared in India’s southern Kerala state, where 14 confirmed cases of Zika virus have been reported, health authorities said on Friday.

Among the positive cases is a 24-year-old pregnant woman.

Kerala’s Health Minister Veena George said an action plan has been prepared to stem the spread of the virus.

According to WHO, Zika virus disease is caused by a virus transmitted primarily by Aedes mosquitos, which bite during the day and symptoms typically last for 2–7 days.

Symptoms are generally mild and include fever, rash, conjunctivitis, muscle and joint pain, malaise or headache.

Speaking at a news conference in India’s capital New Delhi, Lav Agarwal, a senior Health Ministry official, said that a specialized health team of six members has been sent to assist the state government.

The Zika virus cases were reported at a time when the state is battling with a second wave of pandemic. On Friday, over 13,000 new COVID-19 cases were registered in the state.

Agarwal said that over the past week, the state contributed to 32% of the new cases across the country.

“It will be a challenging situation for the Kerala government. Now they have to handle two diseases,” Dr. Lalit Kant, an epidemiologist, told Anadolu Agency.

“They should immediately take steps to contain the mosquito-borne infection,” Kant added.

With 911 fatalities over the past day, the nationwide death toll reached 405,939.

India is now seeing a decline in infections, with new cases remaining below 50,000 for many days now.