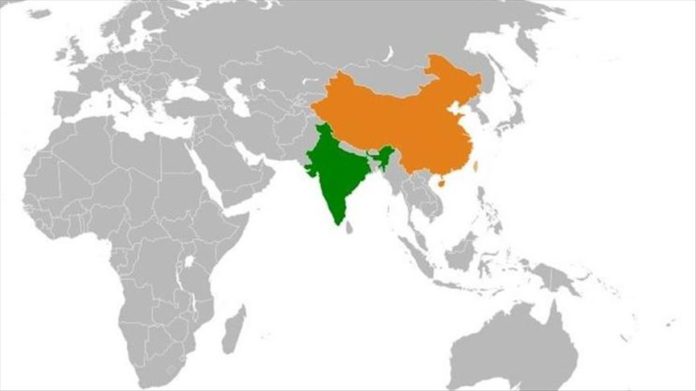 Although India has publicly downplayed the recent Chinese military incursions along its eastern border in the Ladakh region, the anxiety is looming large in the region.

Both sides have fought a month-long war in 1962, which ended after China declared a ceasefire.

India believes that it all began with the Chinese onslaught on their forward posts. But over time, new material made public suggested that it was India’s flirtation with maps and claiming territory, which even British had not marked, led to the war and tension in the region.

It was precisely due to these reasons, that even after five decades, India has not released Henderson Brooks-Bhagat report that documented the factors that led to the war and the role of military and political leadership during that period.

Wajahat Habibullah, the only civilian besides the defense secretaries, who has seen this report said contradictory maps presented by India in the 1950s and 1960-61 had led to the war.

While holding the charge of the country’s chief information commissioner, he had summoned the copy of the report to dispose of a petition filed by late journalist Kuldeep Nayyar demanding to make the report public.

Although, Habibullah, who rejected Nayyar’s petition in 2010, now believes that new Indian maps had created confusion.

“We had given maps with serious contradictions on the layout of the MacMohan Line to China. This led the Chinese to believe that one of the pickets being controlled by our forces in the northeast was theirs, according to one of the maps given to them by us,” he said while declining to name the picket along the Arunachal Pradesh border.

Accordingly, on Oct. 20, 1962, the Chinese army crossed over to occupy the border picket, leading to hostilities.

The 890-kilometer (553-mile) long MacMohan Line, laid down by the British in 1914, demarcates the border between Indian and China — although this is still contested by the Beijing.

Soon after the war, Lt. Gen. Henderson Brooks and Brig. Prem Bhagat was assigned to outline reasons for the cause of war and the defeat of India. They presented a 28-volume report in 1963 to India’s first Prime Minister Jawaharlal Nehru. The report since then is in the cupboard of defense secretaries under strict lock and key.

“I still believe the report should not be declassified. From 1962, the deployment of our armed forces has not substantially changed in these areas. So, declassifying will lead to supplying the Chinese with defense information. Moreover, the report on the role of the Indian army is so scathing that it would have a demoralizing effect on the forces even now,” said Habibullah, a former top bureaucrat.

Corroborating Habibullah, noted author and expert on constitutional and diplomatic affairs A. G. Noorani has also dug out evidence to show that Indian leaders and diplomats have been brushing aside the facts of history, especially from the media and academia with baleful and lasting consequences.

He said that a canard of lies has been concocted that Pakistan had gifted a large territory of Jammu and Kashmir to China in the 1960s.

However, in the 1961 census, possibly with an eye on its dispute with China regarding the fixation of the actual boundary line, India raised the area of Jammu and Kashmir to 86,024 square miles.

Nobody has any idea, wherefrom this additional 3,766 square miles came, even as there was no military adventure or any occupation of territory over this period.

Surprisingly, this territory was added soon after Prime Minister Nehru returned from Karachi after signing the historic Indus Basin Water Treaty with then Pakistani President Ayub Khan in 1960.

Qudratullah Shahab, principal secretary of Khan, records in his autobiography that at an informal interaction during a retreat in scenic Murree, Nehru enquired whether Pakistan was negotiating a boundary agreement with China.

When Ayub replied in affirmative, he asked for a glimpse of maps.

“It was an informal meeting. Ayub even agreed to send a copy of the map. But Nehru soon back in Delhi, raised a diplomatic cry, issuing a demarché asking Pakistan to handover maps to India through official channels,” reads Shahab’s memoirs.

Nehru even described it as a conspiracy hatched jointly by Pakistan and China in the parliament.

Almost corroborating Shahab, Noorani in his latest book India-China Boundary Problem, 1846-1947: History and Diplomacy (Oxford) has mentioned how old maps were burnt in the Ministry of External Affairs to create a new unilateral line.

“On 24 March 1953, a decision was taken to formulate a new line for the boundary […] Old maps were burnt,” says the author, quoting a former foreign secretary, who, as a junior official, was obliged to participate in this fatuous exercise.

Speaking to Anadolu Agency from his Mumbai residence, A.G. Noorani, a noted expert on legal and constitutional issues, said a 17-para memorandum, issued by Nehru had given explicit directives to the ministry to withdraw all old maps.

“Archival evidence suggests that new maps were printed showing Northern and North Eastern frontiers without any reference to any line. Nehru also directed to send these maps to embassies abroad and advised that they are introduced to the public generally and be used in schools and colleges. He also advised officials that this frontier should be considered a firm and definite one and should not be open to discussion with anybody,” said Noorani.

The memorandum reproduced in books directs officials not to even discuss old maps and take reference only from new maps.

“It is necessary that the system of check-posts should be spread along this entire frontier. More especially, we should have check-posts in such places as might be considered disputed areas,” said Nehru’s memorandum.

Noorani believed that this directive closed the doors to any negotiations or give and take on the boundary issue. The legend “undefined boundary” was dropped in the western (Kashmir) and middle sector (Uttar Pradesh) in the new map of 1954, which existed in the official maps of 1948 and 1950.

The author also rebuffed the impression created by India and even widely accepted by Kashmiri leaders as well that Pakistan had ceded or gifted some territory to China. Archival evidence suggests that it was China that ceded 750 square miles of territory to Pakistan under the Pakistan-China boundary agreement of March 3, 1963.

“India may contest that Pakistan had no authority to enact this agreement, as Jammu and Kashmir is a disputed territory, but Article 6 of the agreement envisages its revision after the conclusion of the Kashmir settlement,” said Noorani.

Chaudry Mohammad Aslam, a renowned cartographer and then surveyor-general of Pakistan, who was instrumental in the demarcation of the borders with Chinese, recorded the demarcation were delineated on the bases of the facts of history.

He was responsible for the demarcation of the border with Iran. As a result of was awarded the Nishan-i-Humayun by the Shah of Iran, Mohammad Reza Pahlavi.

Noorani said Pakistan’s response was also based on the facts of history and existing realities. Pakistan’s government led by President Ayub Khan had just waived claims on old antiquated maps, which also led China to withdraw from 750 square miles.

Under the Treaty of Amritsar of March 1846, when the British created the state of Jammu and Kashmir, they had left its northern and eastern borders un-demarcated. In 1846 and 1847, the British invaded China to negotiate a boundary agreement. But China refused.

The agreement of 1963 is based on the British proposal it offered to China in 1899, which gained areas for Pakistan. Further, according to Noorani, it was not China which pressed Pakistan for a settlement. On the contrary, it preferred to settle with India first.

B. N. Goswami, formerly a professor at the University of Calcutta and North Burdwan, has also outlined that “to a limited but knowledgeable section of the people, the agreement appears to be just and fair to sides.”

Noorani also blames a divided cabinet, an irresponsible opposition, an uninformed Indian press, and a restive parliament for dragging the boundary problem. He further reveals that only a comprehensive and objective study conducted by K. Zakariah, the director of the Historical Division in Ministry of External Affairs, in 1953 has been still kept secret.

Maintaining that there seemed a total disconnect between the facts of history and India’s policy on the boundary problem, the author said the diplomacy also became inflexible because it espoused a policy which barred give and take.

Then Chinese Prime Minister Zhou En-lai was too ready to accept a solution based on vital non-negotiable interests during his visit to New Delhi in April 1960.

“He was rebuffed. China proceeded to practice its brand of unilateralism, sanctifying territorial gains won by armed forces,” the author claimed. He believed that the diplomatic consequences of the deepening rift between India and China are “incalculable”; especially in India’s relations with its other neighbors, particularly Pakistan.