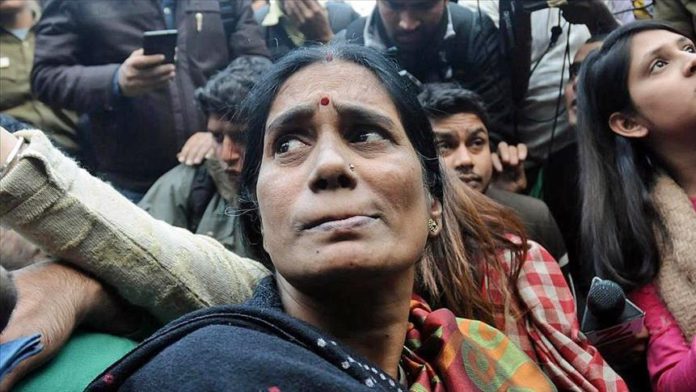 At the bottom of the Hindu caste system, Dalits in India, also known as India’s “Black untouchables,” are more powerless than the historically oppressed population of African Americans, according to prominent Indian activists.

On the occasion of Black History Month, which is observed each February to honor and celebrate Black people’s achievements and contributions and their role in US history, activists in India said that unlike Black people in the United States, Dalits are more powerless and are still fighting for social justice.

Dalit is a term used for those who were formerly known as “untouchables.” At the lowest rung of the Hindu caste system, Dalits are still subjected to untouchability.

According to the 2011 Indian census, Dalits number 200 million, making up around 16.6% of the country’s total 1.3 billion population.

“We have seen how the case of George Floyd in the US triggered outrage and movements around the world. In India, the situation is totally different. We see day-to-day atrocities against Dalits going unnoticed,” Dalit leader Udit Raj told Anadolu Agency.

In 2020, Floyd, 46, an unarmed Black man, was held face down by four police officers and choked to death.

Stating that the condition of Dalits in India continues to be very poor, Raj said there are few chances that their lot will improve.

“It would be difficult to end the problems of the Dalits, as it is related to the Hindu caste system,” he said, adding that Dalits in India are more powerless than African Americans.

Dalits find it difficult to get jobs due to privatization, he said, adding the government needs to implement schemes to better the Dalits’ condition.

“There are four Black billionaires in the US, while in India not even one Dalit is a billionaire,” he said. “The presence of Black journalists in the US newsrooms is almost equal to other populations but on the contrary, not even a single Dalit is as a senior journalist in India.”

“The problem of untouchables is not political and economic, but social and cultural. There has been no positive progress on this issue. Though laws exist to protect Dalits, atrocities against the marginalized community have not decreased,” said Shetty, the founder of Dalit Voice, which Human Rights Watch calls “India’s most widely circulated Dalit journal.”

Shetty decried the lack of discussions in the political class on Dalits in India.

“The upper caste people are the rulers, and they don’t want to see any change. Dalits in the villages are ridiculed and maligned,” he said.

The caste system in India divides Hindus into four main types: Brahmins, Kshatriyas, Vaishyas, and Shudras. Outside this are Dalits or the untouchables.

Topping the hierarchy, the Brahmins were mainly teachers and intellectuals, followed by Kshatriyas, or warriors and rulers, then the Vaishyas or traders, and at the bottom were the Shudras, who did menial jobs. But the Dalits are even lower.

Shetty said he believed there is no legal solution for the problems faced by Dalits in India. “It needs a revolution. That is not possible now. The problem is going to stay,” he said, adding that no political party takes the issue of Dalits seriously.

He also said US Blacks enjoy much more power than Dalits in India.

“They are very much more powerful both physically and financially. They are only Black. The Black people there are not untouchables. The condition of the untouchables in India is very bad,” he said.