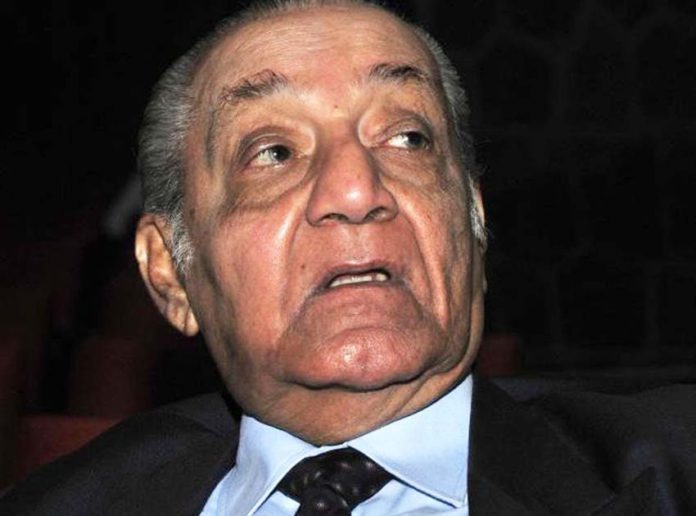 Describing the handling of a case pertaining to the demolition of the 16th century Babri Mosque as “an institutional failure”, an Indian legal luminary believed that successive governments in New Delhi and the Indian province of Utter Pradesh (UP) had shown a little stamina and in fact put impediments in pursuing cases against the accused.

A special court in the Indian city of Lucknow on Wednesday acquitted all the 32 surviving accused in the Babri Mosque demolition case. They were accused of criminal conspiracy and inciting a mob to raze the mosque.

The court ruled that the demolition was not pre-planned.

The verdict came almost 28 years after it was pulled down by a frenzied mob in the north Indian town of Ayodhya.

Author of a three-volume book entitled Destruction of the Babri Masjid: A National Dishonour, Abdul Gafoor Noorani said the Lucknow court verdict was in contravention to the Supreme Court ruling that had clearly stated that demolition was an illegality and an egregious violation of rule of law.

In an exclusive interview with Anadolu Agency from his residence in Mumbai — India’s commercial capital — the 90-year old top lawyer said the lower court decision exonerating the accused in the demolition actually runs counter to the apex court observations.

He also charged then-Indian Prime Minister PV Narasimha Rao of the Congress party, saying: “He [Rao] was culpable because he knew what was happening and yet did not do anything about it.”

The author also blamed other secular parties like the Samajwadi Party (SP) and Bahujan Samaj Party (BSP), who led governments in the Indian province of Uttar Pradesh for showing little stamina to pursue the cases against the accused.

Describing the demolition of the Babri Mosque as “a watershed moment in Indian history,” Noorani said the incident propelled Hindu hardliner Lal Krishna Advani into a position of leadership. Though he could not get himself to the top post, his disciple and aide Narendra Modi became prime minister.

“The entire country was shocked and disgusted by the demolition. Then-President Shankar Dayal Sharma had issued a strong statement. The act did help spread the message of Hindutva and that caught on. The Bharatiya Janata Party reaped the harvest,” he said.

To a question, if the message of Hindutva had lost its relevance until2014, when the BJP came to power after having failed to win elections multiple times following the demolition, Noorani replied that the movement needed a person like Narendra Modi to carry things further. But he said the Hindutva movement became stronger due to the mistakes of secular governments and Muslim leadership.

In the third volume of the book on Babri Mosque, the author, while nailing the conspiracy has brought evidence against Narasimha Rao, showing his culpability.

“He [Rao] was the man who knew what was happening and he kept his eyes shut. Rao was the prime culprit and he acted in such a way that he would not be blamed. But he was responsible. From the record which I had laid hands-on, it is very clear that he was communal-minded,” he added.

The author also said that then Chief Justice of India Justice Venkatachaliah also made demolition possible. “I have documented that Venkatachaliah facilitated demolition by giving those court adjournments and after the demolition. Attorney General Milon Banerjee had even warned him,” he added.

The legal luminary said almost everyone had colluded in the demolition of Babri Mosque and then in delaying prosecution against the accused.

“The court was set up by the Uttar Pradesh government in the 1990s without the requisite notification, and without the consent of the high court. They had to issue a notification and the trial could have proceeded. And the Central Bureau of Investigation also played a deceitful role. When Advani was in power, they had one role, and when he was not in power, they played a different game,” he said.

The author said the fabric of the secularism of India has been impaired. “The fact of the matter is Narendra Modi has won votes and popularity because of his record. We have to face realities. Every day reports show RSS is infiltrating institutions with the encouragement of the current government. It is a fearful situation. The worst thing today is the communal polarization,” he added.

Noorani further criticized the Indian Supreme Court judgment of 1995, that had described Hindutva, a way of life rather than a religion and had overturned a Bombay high court order that scrapped the elections of nine BJP candidates because they had sought votes to create a “Hindu state.”

The author said ironically the judge, Justice J S Verma, who delivered the verdict did not take recourse to Hindu nationalist ideologue Veer Savarkar’s book and instead referred to Maulana Wahiduddin Khan’s writings and some stray observations to validate his case.

He said the verdict was followed by the Allahabad High Court judgment on Babri Mosque in 2010 which almost said the Hindu faith triumphs over the law of the land.

“The law of the land involves the law of limitation. They said limitation cannot run against a Hindu temple. But a Hindu temple can acquire the right to property by adverse possession. Now it need not be an established deity, it can be a leaf, a stone and if it is a matter of faith, that faith must be respected. The implications are so far-reaching, I need not spell them out,” said the 90-year old lawyer.

On allegations that Muslim rulers having demolished temples and therefore, many Hindus feel that the demolition of Babri Mosque was justified, Noorani quoted noted historian Romila Thapar, who has documented how Buddhist places of worship were demolished by Hindus and vice versa.

“A Hindu Kashmiri King Harshdev looted temples to fill his coffers. But the question is: Are you going to open history to take revenge. Then there would be no end to it,” he said.

Gherardini to stay at Fenerbahce Beko for 2 more years