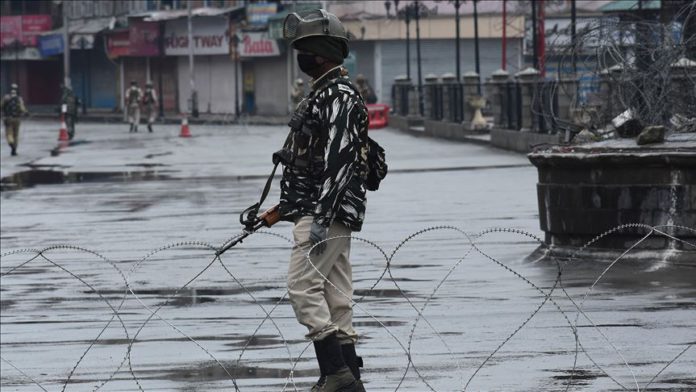 The annexation of the disputed territory of Jammu and Kashmir on Aug. 5 last year has evoked international anguish against India, said Pakistan’s former top diplomat.

In an interview with Anadolu Agency on the eve of the first anniversary of India’s revoking the special status of Jammu and Kashmir, former Foreign Secretary Aizaz Ahmad Chaudhry said this controversial move has violated international law embodied in the UN Security Council resolutions.

“There is a growing international reaction to Indian atrocities in the occupied Kashmir. The UN Human Rights Commissioner has published reports documenting the violations. The US legislators and leading political figures are also speaking out, ” said Chaudhry, who currently heads an Islamabad-based think-tank, Institute of Strategic Studies.

He claimed the Indian actions in Kashmir were the continuation of the Hindu majoritarian agenda that is being implemented by Prime Minister Narendra Modi.

Chaudhry, who served as the country’s foreign secretary from 2013-2017, said India was currently experiencing two kinds of internal convulsions.

“One is the RSS driven exclusionary ideology of Hindutva, which has no space for minorities, especially Muslims. Second, is a radical departure from the pluralistic and democratic polity that was put together by India’s founding fathers,” he said.

Chaudhry, who also served as Pakistan’s ambassador to Washington from 2017-2018, said that India had taken advantage of a raging trade, and diplomatic war between the US, and China.

“There is an external dimension of it [Indian move]. The Sino-US competition and the US tilt towards India have further emboldened Indian leadership to pursue its hegemonic ambitions over South Asia,” he said.

Linking India’s deteriorating relations with neighboring Bangladesh, and Nepal, apart from Pakistan, with the Kashmir annexation move, Chaudhry said, Modi government has increased repression and has embarked upon changing the demography of the region.

He said the Kashmir “freedom struggle” has passed on to younger generations and there was a lesson of history for Indian leaders.

“Already, there are growing voices in the world, including at the UN Human Rights Council, against the human rights violations by Indian security forces in Kashmir. Critically, there are also voices from within India against Modi’s aggression in Kashmir, “said the former diplomat.

He added that the government of Pakistan has stood firmly behind the people of Kashmir and the world also must honor the promise made to the Kashmiri population by the international community more than 70 years ago.