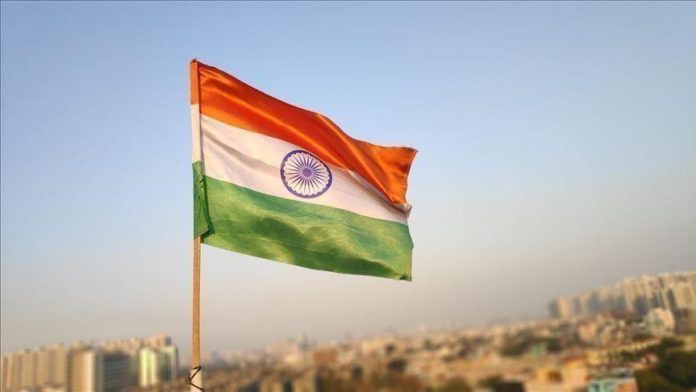 India’s Act West Policy is possibly the biggest success story of Prime Minister Narendra Modi’s government despite many intrinsic challenges and competing geopolitical interests, according to a former Indian ambassador.

“West Asia is extremely important for India’s energy security, food security, diaspora welfare, and maritime linkages and security. It is also one of the most volatile landscapes with simmering hotspots and historic enmities and rivalries,” Anil Trigunayat, a former Indian Ambassador to Jordan, Libya, and Malta, told Anadolu Agency.

“Anything that happens there has a direct impact on India’s wellbeing,” he said, adding that the country’s engagement with the region has transcended a merely transactional and buyer-seller relationship to a “truly strategic one which is manifested through the accrued dividends in real-time.”

India’s diaspora of nearly 9 million people in the region not only send an annual $50 billion in remittances back home but have also emerged as the “most trusted, liked, and preferred workforce” as a partner in their development, he added.

Their security and welfare are of paramount importance for which New Delhi has worked out special bilateral institutional mechanisms with respective countries, noted the diplomat.

“One of the biggest deficits in relationships with the region was the absence of high-level visits from India,” he said, adding that Modi has changed this by reaching out to major Gulf countries, including Iran, leading to several strategic initiatives.

Modi has become not only the first Indian prime minister to visit many of these nations, but also the most decorated foreign leader to do so as many countries in the region conferred their highest state honors on him, he stressed.

Highlighting that the energy bridge has been a major link for India with the region, Trigunayat said the country has emerged as a major destination for their energy and hydrocarbon supplies.

“India imports over 70% of (its) oil and nearly 90% of natural gas requirements from the Gulf countries,” he said, adding that its dependence on hydrocarbons is likely to last for another 30-40 years. India is moving to reduce fossil fuel use and diversify towards renewables and hydrogen, which will become newer areas of collaboration with the Gulf, noted Trigunayat.

He also said the Gulf countries’ engagement with New Delhi has changed as they have begun not only to invest in India’s strategic petroleum reserves, refineries, and infrastructure, but also to invite Indian companies to participate in exploration and upstream activities.

Regarding the accelerating trade and investment across sectors in India and the Middle East, he said over 5,000 Indian companies operate out of United Arab Emirates (UAE) special economic zones as the UAE has emerged as India’s third-largest trading partner.

Saudi Arabia is the fourth-largest trading partner of India, he said. Both Riyadh and Abu Dhabi have committed to invest $100 billion and $75 billion respectively in India, he added.

Noting that several other countries are exploring opportunities as New Delhi makes it easier for Indian companies and investors to do business, he said India’s food security is also incumbent upon supplies of phosphates, fertilizers, and urea from several countries like Jordan, Morocco, Egypt, and Tunisia.

Trigunayat also praised India’s security cooperation with the region, saying it has “become center-stage” in bilateral collaboration in “all its ramifications including in the intelligence, counter-terrorism, defense, cyber, and maritime security.”

Before, it was virtually impossible to get any fugitive offenders, economic or terror-related, back to India, he said, adding that this has changed as these countries understood India’s security concerns and have been at the forefront of complying with New Delhi’s requests in the fastest manner.

He went on to say that India is also expanding its engagement in Space and other hi-tech areas, as the major Gulf economies move towards artificial intelligence-driven fourth industrial revolution, or Industry 4.0, which conceptualizes rapid change to technology, industries, and societal patterns and processes due to increasing interconnectivity and smart automation.