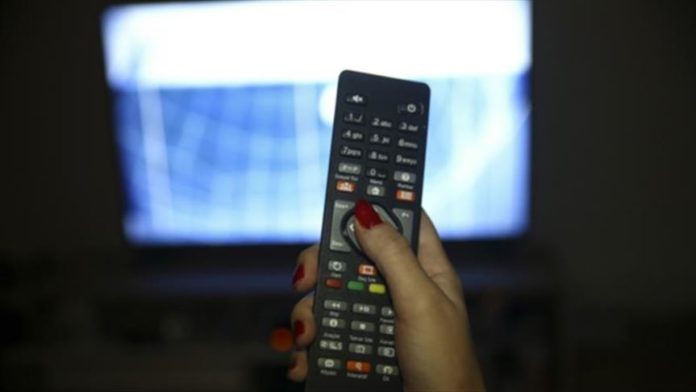 As the world marks Press Freedom Day on Sunday, a rising tide of fake news and misinformation pumped through mainstream media has become a major concern in India.

Linking an event of a Muslim group Tablighi Jamaat for spreading coronavirus or COVID-19 pandemic in the country while overlooking other similar gatherings, the attitude of a section of India’s mainstream media created hatred against Muslim community, leading to their social boycott at various places.

In an exclusive interview with Anadolu Agency, Samar Halarnkar, an award-winning journalist and former editor of the Hindustan Times said the transmission of misinformation by media has become a source of anxiety. Halarnkar, who is now running a website Article-14, a joint effort of lawyers and journalists to address failures of the justice system, said even the constituents of the Indian government are themselves involved in generating fake news deliberately.

Anadolu Agency: How much misinformation and fake news played its role in blaming linking Muslims for spreading coronavirus, leading to a wave of Islamophobia in the country?

Samar Halarnkar: This entire profiling of the Tablighi Jamaat was itself wrong. Because in many countries across the world certain groups have been at the center of certain outbreaks of the disease. And that often tends to happen. So, my point is that these things happen but profiling by the spokesperson of the government every day and directly holding Tablighi Jamaat responsible for spreading the virus was completely wrong and quite obviously it was done to fuel the growth of fake news. Because immediately afterward the fake news reports spread far and wide and the entire community was vilified.

Then the facts were twisted, changed, manipulated to say all bad things against Muslims. Such was a manipulation that even police forces in a state like Uttar Pradesh who are known to be biased against Muslims were forced to finally say that all this was fake. So, this is how this fake news ecosystem was fueled. The fake news reinforced the beliefs that many Hindus may have about Muslims. So, this Tablighi event led to the latest spurt of Islamophobia.

Q: People are susceptible to falling into this misinformation and fake news? How can one fight against this menace?

Halarnkar: There is no easy answer. But the easiest way is that the government should take a stand against it. Unfortunately, the government, its constituents, and its supporters are themselves involved in generating fake news deliberately. If Prime Minister or the other ministers regularly debunk all this and make specific statements that this is false and untrue, that is the easiest and quickest way. But obviously, that is not happening in India. The government will not do it. Then we have to do the hard way which is of course through media. And again, a big part of Indian media has either been sold out or follows the government line, and then we are left with independent fact-checkers. Agencies like Altnews are fairly doing a great job. But I think their effort to expose fake news is just a drop in the ocean. But those efforts have to grow. Good thing is that people have now discovered the idea of fact-checking.

Q: Why has the media, which was known for empowering people through information, changed a lot in the last few years? Why have fake news and misinformation become so common?

Halarnkar: Yes, especially on TV, media misinformation is rampant. Not just the fake news but a lot of programs have now become close to incitement not only regional-language channels but on national Hindi and English-language channels. Television is particularly guilty of this. The overall majority in print has also given in to the government’s narrative either through pressure or due to pressure coming on their other business interests. So, they may not be actively peddling fake news but they may not be debunking fake news with great passion and enthusiasm either. But television is directly responsible as generators of this fake news and they amplify the fake news in the ecosystem and they’re a big part of that ecosystem. Amplifying, justifying, and legitimizing fake news.

Q: Do you think that there’s any room left for independent journalism?

Q: Can regulations stop the dissemination of fake news?