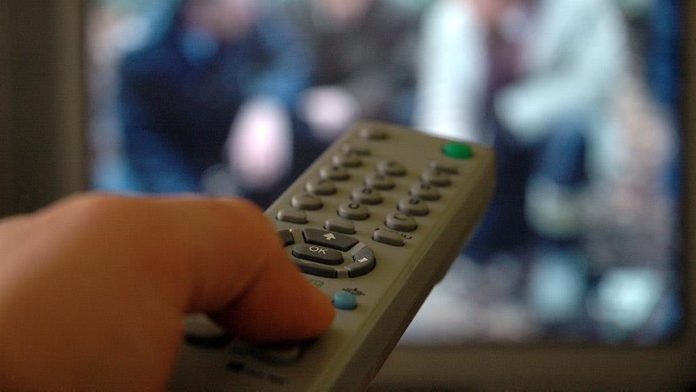 Britain’s communications regulator Ofcom imposed a £20,000 (US$26,720) fine Tuesday on an Indian TV station for a program that contained “uncontextualized hate speech” against Pakistanis.

The fine was imposed on Worldview Media Network Limited, whose service Republic Bharat was found to not be in compliance with Ofcom’s broadcasting rules.

The offending incident took place on Sept. 6, 2019 in an episode of “Poochta Hai Bharat,” a daily current affairs discussion program in Hindi.

In addition to the fine, Ofcom also ruled that the program not be repeated and that they broadcast a statement of Ofcom’s findings on a date and in a form to be determined by Ofcom.

The program was originally meant to discuss India’s attempt to land a spacecraft on the moon but also included a wider discussion on India-Pakistan relations.

Ofcom’s Executive, the report said, “found that this program contained uncontextualized hate speech and that this content was potentially highly offensive.”

The decision found that the program’s presenter and some of his guests conveyed the view that all Pakistanis were terrorists.

Indian General K.K. Sinha was a third guest on the program, and said: “Oh you useless people. Beggars. Oh beggars, oh beggars. We will douse you with 1.25kg, .75kg-, with two inches. PoK [Pakistan-occupied Kashmir], PoK, we are coming to the PoK. We are coming to the Gilgit, Baltistan, in Khyber Pakhtunkhwa…We are going to come, be ready. People in your country are shivering with fear that the Indian army may come. We will barge inside your home in Baluchistan, in Khyber Pakhtunkhwa, in Karachi, in your area, in Multan, in Rawalpindi and kill you. From Lahore, from Karachi to Gilgit-Balistan when we will have control.”

Ofcom said the counter-argument they received to these statements was that they were not mean to have been taken literally, and that “Asian viewers would have understood clearly.”

Ofcom said in their decision, however: “We considered however that these statements, made by a retired Major General from the Indian Army, which clearly threatened that the Indian military would attack Pakistani civilians in their homes, were an expression of hatred and desire to kill by a figure of authority. In our view, the broadcast of these statements also promoted hatred and intolerance towards Pakistani people.”

In addition to the program referring to Pakistanis as “terrorists,” “beggars,” “thieves” and “backward,” as well as comparing them to donkeys, they were also referred to as “Paki.”

Ofcom said this was “a racist term that is highly offensive and unacceptable to a UK audience.”

Ofcom was unconvinced by the counter-argument that the term was not intended to be offensive and would not be interpreted as such in the sub-continent, saying that in their view: “these negative descriptions constituted uncontextualized abuse and derogatory treatment of Pakistani people on the ground of their nationality.”

“In Ofcom’s view, the statements made in the program, examples of which are mentioned above, were expressions of hatred based on intolerance of Pakistani people on the basis of their nationality alone, and promoted hatred and intolerance towards Pakistani people,” their decision said.

“We considered it included repeated instances of hate speech and abusive or derogatory treatment. It was therefore our Decision that this content met Ofcom’s definition of “hate speech,” it said.