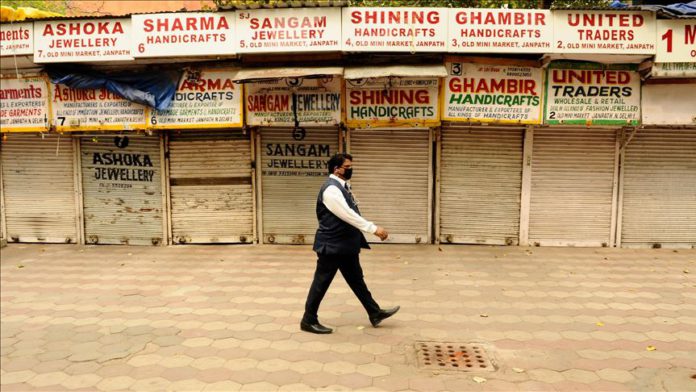 The package includes measures to revive businesses and support workers under the Self-Reliant India Movement.

The newly launched stimulus package also makes it mandatory for government offices to only use Indian goods, which will set globalization in reverse gear.

“In these testing times, we are protecting ourselves first, and that’s the main idea behind going self-reliant. The reverse globalization has been underway for long now. India is probably entering this quite late,” N.R. Bhanumurthy, a professor at the National Institute of Public Finance and Policy in New Delhi, told Anadolu Agency.

Calling it a ‘delayed’ welcome step, Bhanumurthy said this package is aimed at improving domestic conditions and competitiveness.

“The package will help generate more employment within the country. India as a country already leads in the services sector. This will help us gain confidence in the manufacturing sector as well.”

During the launch this week of the World Economic Situation and Prospect (WESP) report, Hamid Rashid, chief of the Global Economic Monitoring Branch, said the stimulus package announced by the Indian government on Tuesday “is a very welcome development.”

He said the package is the “largest so far in the developing countries.”

India and China are the only two world economies that are not showing any contraction, with estimated growth of 1.2% and 1.7% respectively.

Among the several measures for consumers, the minister announced $6.6 billion in tax breaks for workers that will temporarily increase their take-home pay.

Power distribution companies whose revenues have nosedived due to the lack of economic activity will get a one-off liquidity infusion of $1.1 billion. This will give a “fillip to DISCOMs [distribution companies] with plummeting revenue and facing an unprecedented cash flow problem,” the government tweeted.