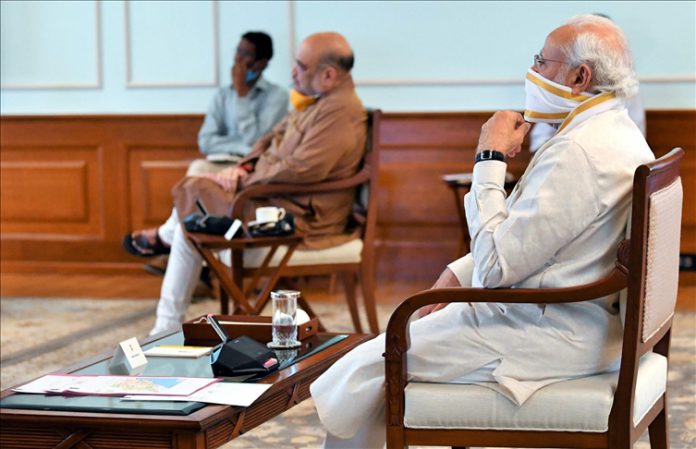 “Spoke on phone to His Holiness the @DalaiLama to convey greetings on his 86th birthday,” Narendra Modi wrote on Twitter. “We wish him a long and healthy life.”

The rare phone call to Tenzin Gyatso, the 14th Dalai Lama, comes amid tensions between India and China following clashes in the disputed Ladakh last June.

At least 20 Indian soldiers were killed, and China later said it lost four personnel. Tens of thousands of troops still remain in close proximity at several points in the western Himalayas.

The Dalai Lama left Tibet in the late 1950s and settled in Dharamsala, northern India where he continues to be the spiritual leader of “Tibetans in exile” – another serious bone of contention in Sino-Indian relations.

China, which took control of Tibet in 1950, considers him a separatist. In 1951, India welcomed Tibetan (Buddhist) refugees, and granted them asylum.

Foreign leaders meeting the Dalai Lama have always angered China. In 2015, China criticized a trip by the Tibetan spiritual leader to the US.

Many in India view Modi’s call as a message to China. “It is a message … the Indian government keeps doing these symbolic things, but is quite careful otherwise not to cross certain red lines,” New Delhi-based Manoj Joshi, a political expert at the Observer Research Foundation, told Anadolu Agency. “But it is a message with regards to the poor state of India-China relations.”

Reacting to the prime minister’s tweet, Asaduddin Owaisi, the chief of All India Majlis-e-Ittehad-ul-Muslimeen, a political party, tweeted: “Very good, sir!” But it would have sent a strong message to China had you met HH Dalai Lama in person.”