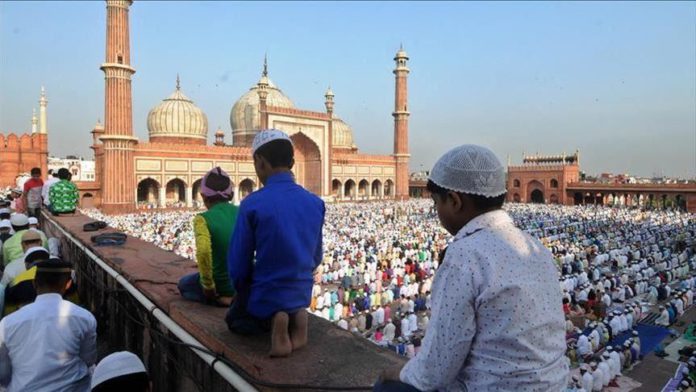 An advocacy group for the demolished historical Babri Mosque in northern India announced that it would approach the country’s Supreme Court to look for debris at the former site of the early 16th-century structure.

“The petition in the supreme court will be filed after the lockdown ends in India,” said Zafaryab Jilani, senior lawyer and convener of the All India Babri Masjid Action Committee, which had fought the legal battle for 27 years for ownership of Babri Mosque in the city of Ayodhya. The Babri Mosque had been torn down by a Hindu mob at the site in 1992.

“Our motive is quite clear that mosque debris also has sanctity like a mosque. So it should be handed over to us. It is of no use for them [Hindus] and if they throw it here and there it will hurt the sentiments of the Muslim community,” Jilani told Anadolu Agency, adding that they should be allowed to search for and find the debris “so that we can keep it safely.”

Last year, India’s apex court ruled that the historical site of the early 16th century Babri Mosque should be handed over to Hindus for the construction of a temple to Ram, a Hindu god. The court ruled that a “suitable plot” of land measuring five acres would be allotted to a Muslim board by either the central or provincial government to construct a mosque.

When asked if the Muslim side would use the Babri Mosque debris in the construction of the new mosque, Jilani said: “The Muslims have not received the new land given by the state government, so the question of using it has not arisen.”

“We’ll decide later how the debris would be used. Right now, we just want to keep it safe,” he said.

Jilani recounted that the group had initially written a letter to the new trust formed for the construction of Ram temple with their request, but decided to approach the Supreme Court they did not reply.

However, he was ambivalent about the outcome of their application: “We cannot say anything about the decision. Earlier, the Supreme Court had ruled in favor of the construction of the temple on the disputed site though the claim of the Muslim side was very strong. So, it is difficult to say what will happen.”

“Whatever they decide […] our job is to try and so we’ll knock the court’s door,” said Jilani.

Built in 1528 under the rule of first Mughal emperor Babur on a tract 2.77 acres of land, the grand mosque in India’s northern province of Uttar Pradesh was demolished by a group of radical Hindus in 1992. Hindus say one of their gods, Lord Ram, was born at the site of the mosque, claiming that a temple to Ram existed on the site and was demolished to build the mosque.

On Nov. 9, 2019, the Supreme Court ordered that the land to be handed over to a trust to build the Hindu temple.