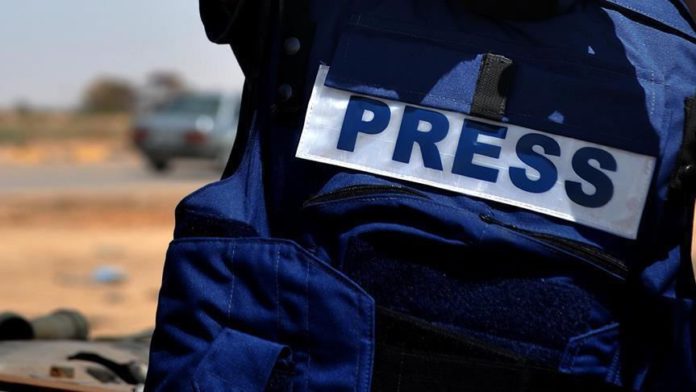 A journalist in India, who was shot at in front of his two daughters late on Monday night, succumbed to his injuries on Wednesday, police said.

The local police confirmed suspending an officer and arresting nine suspects related to the incident that occurred in Ghaziabad, on the outskirts of Delhi.

“Action by SSP [Senior Superintendent of Police] Ghaziabad – 9 accused arrested […] for the murderous attack on Vikram Joshi, and outpost in-charge Sub-Inspector Raghavendra has been suspended immediately,” the police said on Twitter.

A footage from the crime scene showed Joshi lying on the road with bullet injuries, while one of his daughters cried around for help. He was traveling with his daughters when a group of men opened fire at around 10:30 p.m. local time (1700GMT).

The attack came days after Joshi, who worked with a local daily, lodged a complaint at a local police station against some men for harassing his niece, his nephew confirmed in a video.

He further added that the family will not receive the body until the assailants are put behind bars.

The open murder of a journalist close to the national capital has received strong reactions and condemnations from opposition party leaders.

“Vikram Joshi was killed because he protested against his niece’s harassment. Condolences to the bereaved family. They promised Ram Rajya [Kingdom of Lord Rama] and delivered Goondaraj [Gangster rule],” Rahul Gandhi, Congress party leader in Hindi, wrote on Twitter.