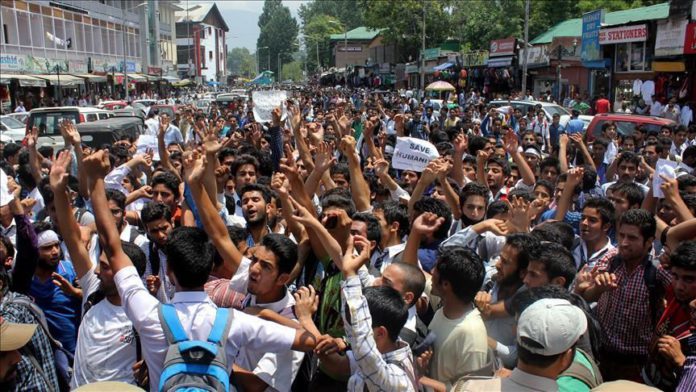 A 19-year-old gang rape victim succumbed to her injuries at a Delhi hospital after battling for life for two weeks.

The Dalit woman [a depressed caste in India] was tortured and gang-raped by four men from the upper caste at her village in Hathras district of the northern state of Uttar Pradesh on Sept. 14.

With her tongue chopped off and severe injuries in her spinal cord, the young victim was first admitted to a nearby hospital and later shifted to Safdarjung Hospital, a government-run tertiary care hospital, in Delhi a couple of days ago.

The news of the victim’s death shocked everyone with activists and ministers demanding justice on social media.

“The gang rape and torture victim breathed her last today. My tribute to her. This current government is totally insensitive to the crimes against women,” Akhilesh Yadav, former chief minister of the state, wrote on Twitter.

Another former chief minister of the state, Mayawati, also tweeted that the government should take strict actions against the accused and prosecute them in fast-track courts.

“We demand justice for our daughter and request the government to hang the culprits,” said Om Prakash, father of the victim.

He further added that the victim had gone to the nearby fields with her mother and brother when the accused grabbed and dragged her.

All four suspects have been arrested by the local police. The key accused – Sandeep — was arrested five days after the incident on the victim’s brother’s complaint. Another three were arrested after the victim’s statement on Sept. 22.

The case is being compared to the Dec. 16, 2012 bus rape case in which a 23-year-old girl was brutally raped in a moving bus. The case had triggered worldwide criticism regarding women’s safety in India.

Queen: I am 'entirely supportive' of Harry and Meghan