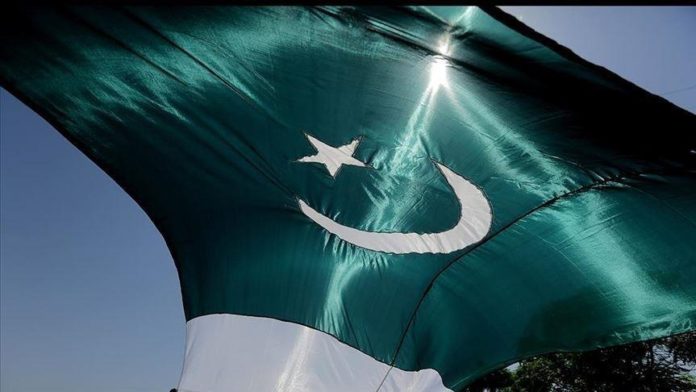 Pakistan has claimed that Indian forces “specifically targeted” the officials of the UN Military Observer Group in India and Pakistan (UNMOGIP) along the Line of Control (LoC) dividing the disputed Jammu and Kashmir region.

Pakistani Foreign Ministry Spokesman Zahid Hafeez Chaudhri told a news conference on Friday that around 10.45 a.m. (0545GMT), Indian border forces “resorted to unprovoked firing” in the Chirikot sector of Pakistani-administered Jammu and Kashmir along the LoC.

According to Chaudhri, UN officials were scheduled to meet “victims of Indian cease-fire violations” in the village of Polas “when they came under fire.”

“The UN vehicle was damaged but the officers remained unhurt,” he added.

The UN officers were immediately evacuated by the Pakistan Army and brought back to their field station in the Rawalakot area of Pakistani-administered Kashmir, also known as Azad Jammu and Kashmir.

The UN also confirmed the incident, saying they were hit by an “unidentified object.”

“The incident occurred when UNMOGIP military observers were conducting routine monitoring activities near Rawalakot as part of the mission’s mandate to observe and report on cease-fire violations at LOC in Jammu and Kashmir,” Associated Press of Pakistan quoted UN Deputy Spokesman for the Secretary-General Farhan Haq as saying.

He added the mission is currently investigating the incident.

“UNMOGIP personnel and the driver were not harmed but the vehicle sustained some damage,” Haq told APP.

“Pakistan strongly condemns the continuing cease-fire violations by India in clear violation of international law, the 2003 cease-fire understanding, and against all established humanitarian norms and professional military conduct,” Chaudhri said.

He said that in 2,992 cease-fire violations this year, 27 people have been killed and 249 others wounded, including 92 women and 68 children.

Two UNMOGIP teams have been deployed in divided Jammu and Kashmir since the 1950s to observe the cease-fire in the disputed region.

“It must be noted that the UN vehicles are recognizable even from long distances due to their distinct make and type and visible markings,” Pakistan army spokesman Maj. Gen. Babar Iftikhar said in a statement.

Such illegal and unlawful acts, against all established international norms, signify the Indian army’s intent to target not only innocent civilians living along the LoC but UN peacekeepers as well, he added.

“Pakistan Army stands in solidarity with UNMOGIP officials and appreciates the selfless services rendered by all members of UNMOGIP in the discharge of their UN-mandated duties,” the Pakistan army said.

India’s chargé d’affaires was later summoned to register Pakistan’s strong protest over the incident, which it called “a flagrant violation of established international norms” and a “new low in the conduct of Indian occupation forces” targeting not only innocent civilians living along the Line of Control but UN observers as well, said Pakistani sources

The Indian side was called upon to desist from “blatant violations of international law,” respect the 2003 cease-fire, and let the UN observers carry out their role, said the sources.