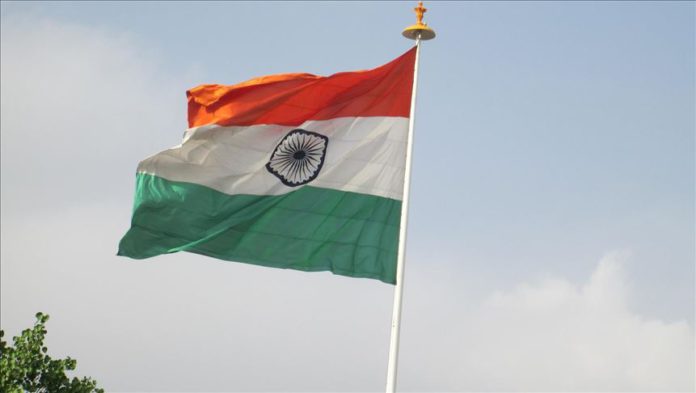 With the pressures of sustaining returning migrant workers from urban areas, farmers in India have not been able to celebrate the positive economic growth seen in the agriculture sector due to favorable weather condition under the coronavirus pandemic.

Experts believe farmers in India have felt the heat of the ongoing pandemic as they have been burdened with creating more jobs for returning migrants who have lost employment due to COVID-19 and at the same time are being forced to sell their produce at lower rates.

Speaking to Anadolu Agency, Sudheer Panwar, an agriculture expert and former member of the Uttar Pradesh state advisory board, revealed that this increase in surplus labor has reduced daily wages by a huge margin.

Despite this, government data shows an upward trend and more absorption of labor.

Of the 21 million salaried jobs lost during the pandemic, according to data from the Centre for Monitoring Indian Economy (CMIE), at least 14 million were created in the agriculture sector in August alone.

The sector has seen an upward trend of 5.69% year-on-year growth in the fiscal year first quarter, CMIE data confirms.

Panwar, however, said the situation on the ground is very different from what the government numbers project. Calling it misrepresented data, he raised questions regarding losses incurred by farmers due to the COVID-19 lockdown.

“The agriculture sector has a lot of disguised employment. Each year during the harvest season, taking on additional labor is normal, thus this 14 million in August is just a misrepresentation. There has to have been a drought or flood last year for this growth, but last year too was a record production year,” he underlined.

Experts also pointed out that there was an influx of returning workers to rural areas, and in the absence of employment, the farming sector was burdened. With fixed budgets, high input costs and the lowest market rate for products owing to the pandemic, the absorption of labor caused further losses to farmers.

“A migrant worker would charge Rs.10 ($0.13) for harvesting a kilogram of cotton, but local laborers charged at least 1.5 times more. Now when you calculate this for acres of land, it becomes a huge additional cost to the farmer,” said Kohar.

Under the COVID-19 pandemic, India’s central government announced “three agricultural reforms” for farmers, which farmers and experts believe will further exploit them and threaten the country’s food security.

The reforms include introducing legislation allowing any consumer or company to buy farmers’ produce outside of Agriculture Produce Market Committee (APMC) market yards. Presently, farmers can only sell their produce at the nearest registered markets regulated by state laws, also known as APMC yards.

The second involves changes in the Essential Commodities Act of 1955 under which the government has lifted the ban on the storage of potatoes, onions, pulses and oilseeds.

Earlier, the Act ensured continuous delivery, or no hoarding, of commodities or products, the black-marketing of which would affect the normal life. These essential products, which included certain food products, medicines and fuel, were banned from storage beyond a certain limit.

The third ordinance is the farmers’ agreement on price assurance and farm services under which the government will promote contract farming.

“In the first ordinance, the government has not guaranteed the purchase of farmers’ goods at the MSP (Minimum Support Price). Instead of farmers, companies will benefit from the second ordinance, as 85% of farmers in India are small farmers who do not have storage facilities. With the third ordinance, farmers will become laborers on their land,” underlined Kohar.

Kohar also highlighted that the government and economists have projected the “wheel of the Indian economy” is moving only based on the hard agricultural work, and despite this, the central government is stopping the purchase of farm products at the MSP.

“These ordinances are undemocratic because the government has brought them when the country is busy fighting the pandemic and parliament is not in session. The most unfortunate thing here is that there has been no consultation with farmer organizations regarding these ordinances,” added Kohar.

Some economists, however, believe the government’s stimulus toward the agriculture sector, favorable weather conditions this year and a good harvest will lead the Indian economy to a recovery.

Speaking to Anadolu Agency, Dr. N.R. Bhanumurthy, a professor at the National Institute of Public Finance and Policy, said with the increased land area for cultivation and a large part of the rural development budget being allocated to the sector, it is a good year for the farming industry.

He said “84% of the annual budget of the rural development ministry has been allocated to the agriculture sector, and with the addition of 40 million hectares of land for cultivation, the farming industry has seen a boost.”

He added that the return of migrant workers has proved a blessing in disguise to cover the earlier shortage of farm laborers. Also, the additional land has helped absorb more laborers.

Rebutting the claim, however, Panwar said that the exploitation is far more than the benefits and the gains are minuscule due to corrupted supply chains.