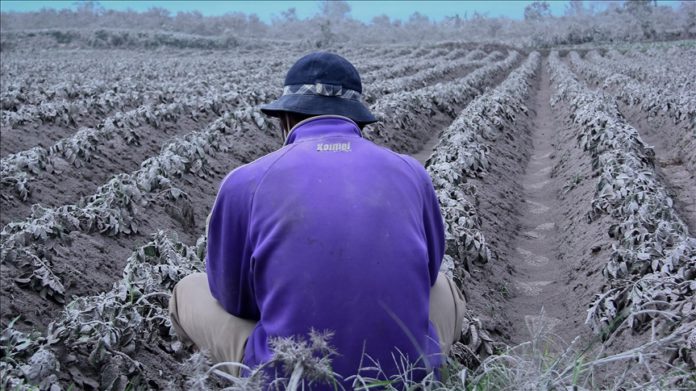 Thousands of Indian farmers on Wednesday continued their protest in the capital Delhi against agricultural laws passed in September which they say will destroy their livelihoods.

Security was beefed up at entry points of the capital as farmers from across the country converged on the highways in a bid to join the protests which have entered their seventh day.

The government held the first round of talks with farmer leaders on Tuesday but could not reach a breakthrough.

Agriculture Minister Narendra Singh Tomar offered to set up a committee comprising experts to address the issue, but this proposal was not accepted.

Parvinder Singh, a protesting farmer, told Anadolu Agency, that they asked for the new laws to be repealed, but the government did not agree.

However, both sides agreed to meet for the next round of talks on Thursday.

The government claims the new laws will give farmers greater autonomy to set their own prices and sell directly to supermarket chains. However, farmers say it would leave them worse off. They are asking the government to define minimum prices for crops so that they are not exploited by big chains.

Darshan Pal, a farmer union leader, said: “The peasants will torch effigies throughout the country on Saturday to protest against corporate houses and the government.”