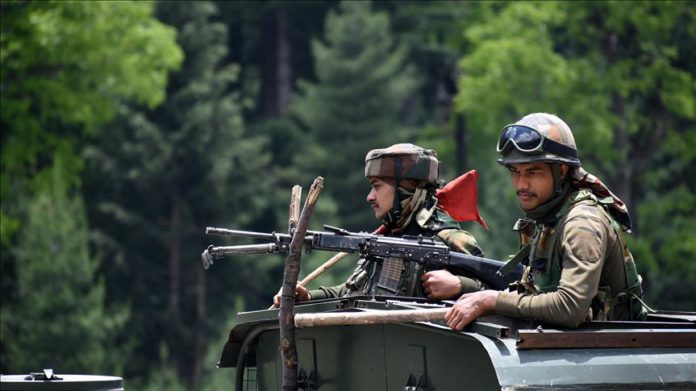 A full-scale war between India and China following a recent deadly clash along the border is unlikely, according to a retired Indian army officer.

Speaking to Anadolu Agency, former chief of army staff of the Indian Army Gen. Ved Prakash Malik said New Delhi is capable of replying to China’s killing of 20 soldiers but it is unlikely the recent faceoff will lead to a full-blown war.

He was referring to a fist fight between two armies in the Galwan Valley in Ladakh that killed at least 20 Indian soldiers. Beijing did not release any information about the fatalities in its side.

“It will be unfair to discuss the two-front war under present circumstances. China does not want to resolve border disputes and therefore such incursions are not likely to end anytime soon. We may see some skirmishes, but an all-out war is highly unlikely,” said Malik.

Malik was the Army Chief during the Kargil War, an armed conflict between India and intruders accused to be supported by Pakistan in 1999. He led the army in evicting Pakistani-backed intruders from Kargil, a large town in the northern Himalayan region of Ladakh.

The increased frequency in stand-offs in recent years could be due to the kind of attitude forces adopt following internal political changes, said Malik.

“Their perception keeps changing, and with it, the frequency of scuffles,” he said.

Military action has eroded whatever “confidence” was created with China at the military level and trust at diplomatic and political levels.

He said the army is fully modernized and capable of defending its territory and China should not hold any illusions of India’s forces being in the same state of battle readiness as it was in 1962, referring to the 1962 Indo-Sino War.

The general said New Delhi should ask Bejing to vacate the Indian side of the region because most of the talks will be at the diplomatic and political level, while forces will continue to guard the Line of Actual Control (LAC) — the defacto border line between two nations.

“The current situation is a step taken to stop India from making roads and bridges on the LAC, thus China wants to keep its tactical advantage. There can be many reasons for this. [Chinese] President Xi Jinping’s popularity has suffered due to the COVID-19 situation, and thus may have led to the domestic pressure causing scuffles on the eastern front,” said Malik.

India’s decision to nullify parts of the Constitution granting status to Jammu and Kashmir — a disputed borderland between Pakistan and India — has prompted China to make an official statement. Manufacturing units are moving from China to India, and that is also bugging Beijing. These and other reasons have combined to trigger a response, said the general.

Regarding boundary disputes, Malik said India has maintained good relationships with its neighbors, including Bangladesh, Bhutan and until recently, Nepal. He believes recent issues with Nepal have also been triggered by China’s engagement with India’s neighbors.

Asked about reactions toward Pakistan and China intrusions, namely the China-Pakistan Economic Corridor (CPEC) and the Belt and Road Initiative (BRI), he said there is no difference in the reaction.

The CPEC is a more localized issue but BRI, is on a global level and India has opposed both. New Delhi opposed the economic corridor activities because the government claimed it passes through parts of the Indian-administered Jammu and Kashmir.

China’s commitment to Pakistan is today broader and deeper than it has ever been. The CPEC is an integral part of President Xi Jinping’s Belt and Road Initiative and the location of Gwadar, a port city in Balochistan, said Malik.

Greek submarines not so 'invisible' to Turkish military