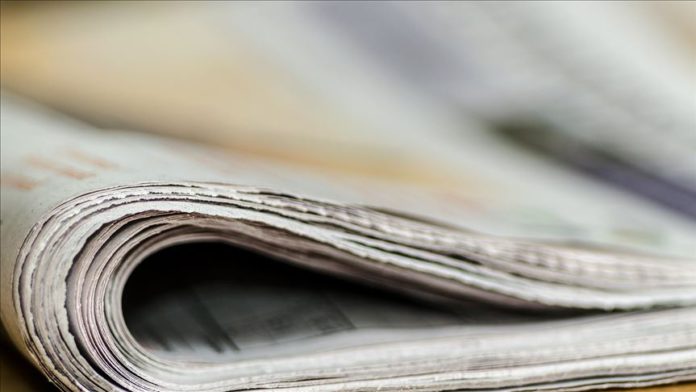 The heightened faceoff with China along the border, known as the Line of Actual Control (LAC), in the Ladakh region in which 20 soldiers were killed on Monday night, became the headlines of all newspapers in India on Wednesday.

A total of 20 Indian soldiers were killed in a heightened faceoff with China along the border in the Ladakh area of the disputed Jammu and Kashmir on Monday.

The Hindustan Times Newspaper in the lead story with headline “20 Indian soldiers killed in LAC stand-off with Chinese troops,” said: “Intelligence suggests 43 killed on Chinese side as tensions spiral.”

“Days after they appeared to have settled the six-week-long eyeball-to-eyeball confrontation between their troops along the undefined Line of Actual Control (LAC), India and China, on Monday evening engaged in their first deadly conflict in at least 45 years, resulting in 20 deaths on the Indian side, including that of a commanding officer, and possibly 43 casualties including injuries on the Chinese side, pushing the bilateral relationship between the two nuclear powers to an all-time low,” the report said.

In another report, the Hindustan Times published a story in which analysts suggesting “Beijing’s desire to tighten its grip on Tibet to anger over New Delhi’s rapid development of infrastructure in border areas,” could be the reason behind the Monday clashes.

Leading english daily Times of India published a series of stories under the headline “20 soldiers die in worst China clash in 53 years.” In the main report, the newspaper said: “The Indian casualties could go up further because several soldiers have been injured in the clashes that lasted several hours till midnight, while a few are reported to be missing.”

In another report, the newspaper said: “The Galwan clashes, the bloodiest India and China have ever experienced since at least 1975, shows the rising ferocity of the India-China engagement on the borders. With one of the largest losses in recent years, an Indian retaliation is assured. But on a larger scale, China lost India on Tuesday.”

The Hindu newspaper in its front page story said: “No firing during confrontation; colonel among the dead and Indian patrol team attacked by much larger Chinese group.”

Former Indian army officer and renowned defense analyst Ajai Shukla in a news report in Business standard daily said: “Clash occurred on the Indian side of the Line of Actual Control (LAC) in the vicinity of Patrolling Point 14 (PP 14), when some 300 PLA soldiers attacked a group of about 50 Indian soldiers.”

The PLA intrusions into Ladakh do not appear to be a localized event, being spread across a frontage of 2,000 km [1,242 miles], including the area of responsibility of different PLA brigades and divisions. That suggests centralized coordination at the higher military and political levels,” he added.

Monday’s deadly clashes between India and China troops took place amid a “de-escalation process” in the Galwan Valley of Ladakh where the two armies have been engaged since early May.