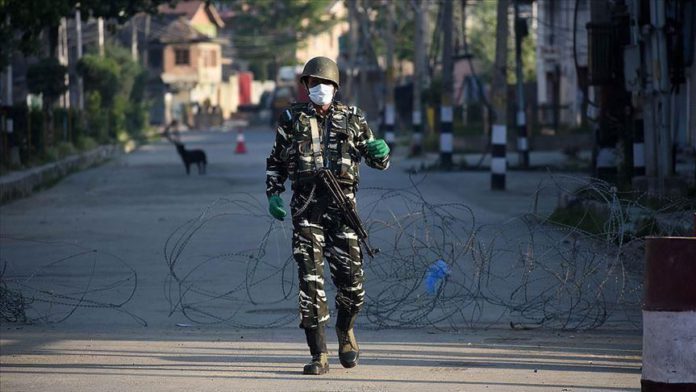 In a tweet, Khan, who also heads the Delhi-based Charity Alliance, said the raid was conducted to link him and his NGO with militancy in Indian-administered Kashmir.

“My home and offices were raided by [the] NIA this morning… although I have no relationship or even contacts with Kashmiri militants and have not even visited Kashmir for many years,” he said. “It seems an attempt to implicate me in some terror or riot case.”

Another letter released by the Human Welfare Foundation, which is led by the Jamaat-e-Islami, an Islamic movement, said the foundation conducts all its activities within the legal framework, and its core areas include education, health, employment, and women empowerment.

The raids were conducted in relation to a case registered by the NIA on Oct. 8, accusing the NGOs of collecting funds from abroad, and using it to fund militancy in Kashmir.

“These funds are sent to J&K through various channels such as hawala and cash couriers, and are used to carry out, and sustain secessionist and terrorist activities in J&K…several incriminating documents and electronic devices have been seized,” the NIA claimed in a statement.

The agency on Wednesday conducted searches at 10 locations in Kashmir, and one in the southern state of Karnataka.

The places included the residence and office of Kashmiri human rights activist Khurram Parvez, and the office of English daily Greater Kashmir.

“Sadly, [the] NIA has become BJPs pet agency to intimidate & browbeat those who refuse to fall in line,” she tweeted.

The Kashmir dispute is one of the oldest on the agenda of the UN Security Council.

The region is held by India and Pakistan in parts but claimed by both in full. Some Kashmiri groups have been fighting against Indian rule for independence, or for unification with neighboring Pakistan.

On Aug. 5, 2019 New Delhi revoked Article 370 and other related provisions from its Constitution, scrapping the country’s only Muslim-majority state with its autonomy. It was also split into two federally administered territories.