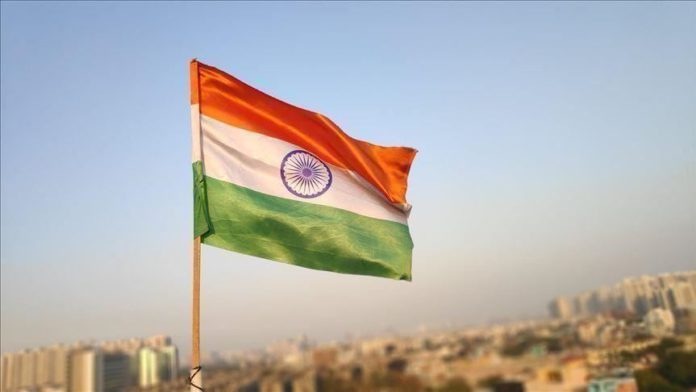 India on Tuesday walked out of a virtual meeting of the Shanghai Cooperation Organization (SCO) after member states overruled New Delhi’s objection on the projection of Pakistan’s new map at the meeting.

Indian Ministry of External Affairs spokesman Anurag Srivastava said in a statement that the Indian side left the meeting in “protest” and that projection of the “fictitious map” by Pakistan was “in violation of the norms of the meeting.”

“At the meeting of the National Security Advisers (NSAs) of member states of the Shanghai Cooperation Organization (SCO), hosted by the Chair of the SCO (Russia), the Pakistani NSA deliberately projected a fictitious map that Pakistan has recently been propagating,” said a statement issued by Srivastava.

“This was in blatant disregard to the advisory by the host against it and in violation of the norms of the meeting. After consultation with the host, the Indian side left the meeting in protest at that juncture.”

It added: “As was to be expected, Pakistan then went on to present a misleading view of this meeting.”

According to Pakistani officials, SCO member states rejected the Indian claim during the meeting and agreed to Islamabad’s position and its participating National Security Advisor, Moeed Yusuf, continued to take part with Pakistan’s new political map as a background for the discussions.

Yusuf expressed displeasure over the Indian side’s walkout saying: “Bizzarely, my Indian counterpart chose to walk out of Pakistan and Russia’s speech. Left a bad taste at a forum whose whole spirit is cooperation.”

“I highlighted that unilateral & illegal actions in an internationally recognized disputed territory of IIOJK [Indian Illegally Occupied Jammu and Kashmir] is a threat to regional peace & prosperity. I also apprised counterparts of Pak’s deep commitment to peace in Afghanistan through an Afghan led & owned peace process,” Yusuf said on Twitter.

He reiterated his country’s continued commitment to peace in the region and said Pakistan was committed to working with SCO member states to achieve peace and stability, economic security and connectivity.

Last month, Pakistan’s Prime Minister Imran Khan unveiled a new map of the country that showed the entire disputed region of Jammu and Kashmir as part of its territory.

The new map marks the Himalayan region as “Indian illegally occupied Jammu and Kashmir,” unlike its former status as “disputed territory,” while showing that Kashmir shares a clear border with China.

India, for its part, called Islamabad’s move “an exercise in political absurdity.”

On Aug. 5, 2019, the Indian government revoked Article 370 and other related provisions from its constitution, stripping the state of its autonomy and splitting it into two federally-administered territories.

Simultaneously, it locked down the region, detained thousands of residents, imposed movement restrictions and enforced a communications
blackout.

Measures have been eased but internet speeds are still restricted. People are also confined indoors because of the novel coronavirus pandemic.

A two-day-long curfew was reimposed on Aug. 5, 2020 as Kashmiris marked the annexation anniversary as “black day.”

The picturesque Himalayan valley is held by India and Pakistan in parts and claimed by both in full. A small sliver is also held by China.