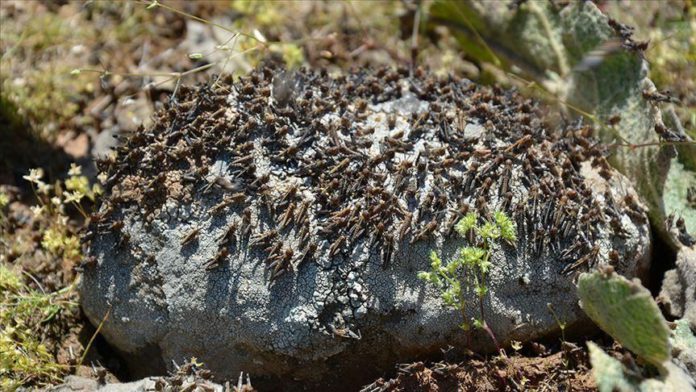 Last week, swarms of locusts landed in Gurugram, a satellite city of the capital Delhi, forcing the authorities to take action.

“A Bell Helicopter with spray equipment was sent to northern state of Rajasthan on Tuesday. The helicopter stationed at Air Force Station (IAF), Barmer will be used in different areas of the state,” said an official statement.

The helicopter will carry 250 liters of pesticide in one trip and can cover about 25 to 50 hectares in one flight.

“Order has also been placed for five aerial spraying machines from a UK-based company, and once these are received, they will be deployed in Indian Air Force helicopters and pressed into operation for locust control,” said Agriculture Minister Narendra Singh Tomar in a statement.

Some minor crop losses have been reported in Rajasthan, a government statement said.

According to the UN’s Food and Agriculture Organization, swarms from northern Somalia are likely to migrate across the Indian Ocean to the summer breeding areas along the India-Pakistan border.