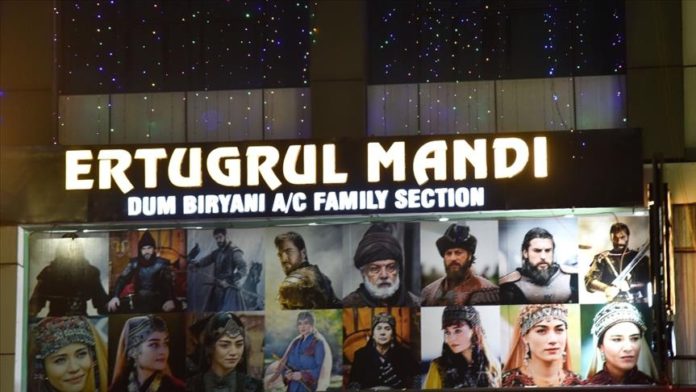 A Muslim entrepreneur in southern India has named his new restaurant Ertugrul after the lead character of a popular Turkish TV series.

Javid Khan told Anadolu Agency that people in the city of Hyderabad enjoy watching the historical fiction and adventure series.

On the menu at his restaurant, there are a variety of Arabic dishes but no Turkish delicacy.

He has decorated the place with posters of the characters of the series.

The TV series with Urdu dubbing gained a large fan following among Muslims of India, who widely speak and understand the language.

India to use train coaches as isolation facility