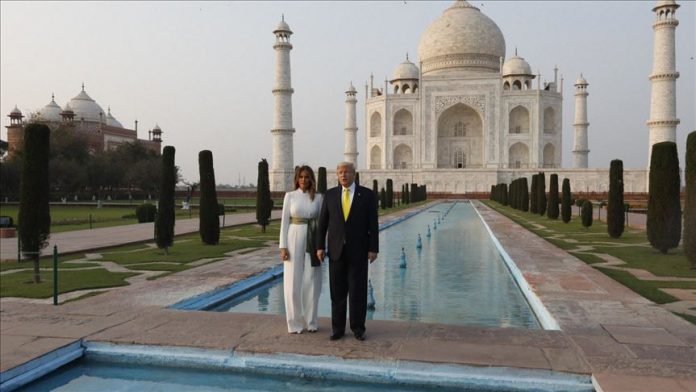 As part of his maiden two-day trip to India, U.S. President Donald Trump visited the iconic mausoleum Taj Mahal in the city of Agra, in India’s largest province of Uttar Pradesh.

The visit, accompanied by his wife Melania, daughter Ivanka and son-in-law Jared Kushner, was the second leg of his first day in India after they landed in the western city of Ahmedabad on Monday morning.

Built by Mughal Emperor Shah Jahan in memory of his wife Mumtaz Mahal in the 17th century, the white marble UNESCO heritage monument on the banks of Yamuna River symbolizes love.

Sentop: 'We may not be richest, but we are most generous