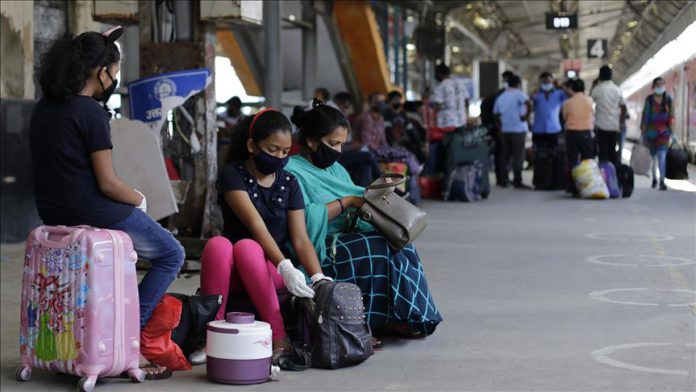 India on Friday overtook the UK in number of novel coronavirus cases, with 10,956 new infections in the last 24 hours.

Now housing the fourth most COVID-19 cases, India has reported an overall of 297,535 cases, while the death toll rose to 8,498 with 396 fatalities in a single day as of Friday, according to data from the Ministry of Health.

Delhi state recorded 1,877 cases on Thursday. However, local officials have ruled out an extension of lockdown measures.

“The lockdown will not be extended in the national capital despite spiking COVID-19 cases,” said Delhi Health Minister Satyendar Jain.

The government announcement came at a time when there was speculation that the government would extend the lockdown in view of rising case numbers approaching 35,000.

The central government on Thursday noted that the outbreak in India had not entered the community transmission stage as preventive measures had been taken early on.

Meanwhile, the historical Jama Masjid in Delhi has been shut to worshippers until June 30 due to the rising number of cases in the city.

The Imam of the Syed Ahmed Bukhari grand mosque said on Thursday: “After taking public opinion and consulting scholars, it has been decided that from ‘maghrib’ [sunset] on Thursday until June 30, no congregational prayers will be performed in the mosque.”

The western state of Maharashtra still continues to lead the tally with 97,648 cases and is inching towards the 100,000 mark. The death toll stands at 3,590.

The pandemic has killed nearly 421,500 people worldwide, with more than 7.51 million confirmed cases, while recoveries have surpassed 3.54 million, according to figures compiled by Johns Hopkins University in the US.