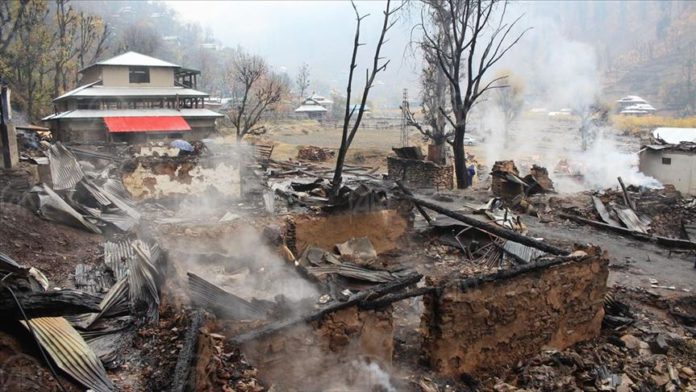 India on Saturday summoned Pakistan’s most senior diplomatic representative in New Delhi a day after deadly clashes between the two sides along a de facto border in the Jammu and Kashmir region.

Following the summoning of Islamabad’s Charge d’Affaires, the Foreign Ministry said it lodged a strong protest over “unprovoked ceasefire violations by Pakistani forces on multiple sectors along the Line of Control (LoC),” following clashes that left at least 15 dead on both sides.

The statement for India claimed four civilians were killed and 19 injured as a result of shelling from Pakistan.

“India condemns, in the strongest terms, the deliberate targeting of innocent civilians by Pakistani forces,” the ministry said. “It is highly deplorable that Pakistan chose a festive occasion in India to disrupt peace and perpetrate violence in J&K [Jammu and Kashmir] through coordinated firing along the length of the LoC [Line of Control] using heavy caliber weapons, including artillery and mortar on Indian civilians,” it said.

Five Indian soldiers and four civilians were killed Friday along the de facto border known as the Line of Control in Jammu and Kashmir, officials said.

India’s statement “also strongly protested Pakistan’s continued support to cross border terrorist infiltration into India, including through supporting cover fire provided by Pakistan forces.” “Pakistan was once again reminded of its bilateral commitment to not allow any territory under its control to be used for terrorism against India in any manner,” it said.

As the shelling took place in Kashmir, Pakistan’s army media said one trooper, along with four civilians, were killed by Indian cross-border shelling.

Pakistan later said a senior Indian diplomat was summoned to its Foreign Ministry to express Pakistan’s strong protest to cease-fire violations by the “Indian occupation forces resulting in the death of an innocent civilian and serious injuries to three others.”

“This year, India has committed 2,729 ceasefire violations to date, resulting in 21 shahadats [martyrs] and serious injuries to 206 innocent civilians,” said the statement.