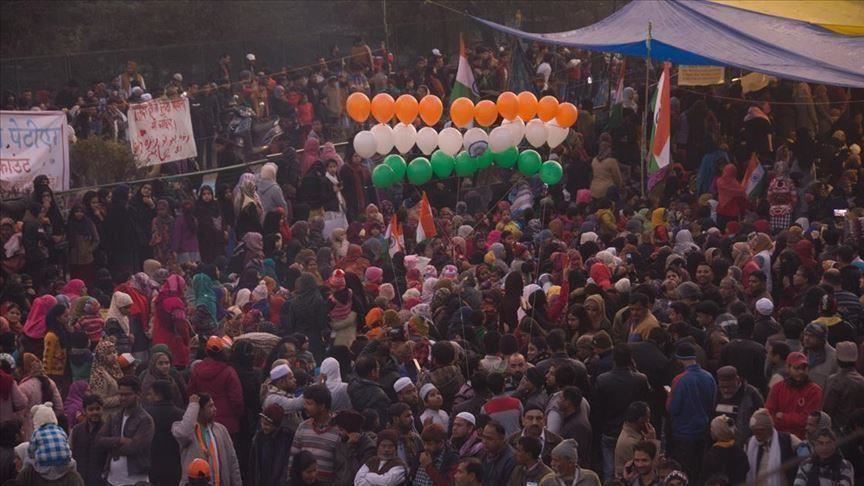 Indian police have arrested a student leader in connection with deadly communal riots in the capital earlier this year drawing the ire of members of the civil society.

Umar Khalid, a former student of Jawaharlal Nehru University — a New Delhi-based institution that has for decades remained the hub of left-wing student politics — was arrested Sunday night by police, his family said.

His father, Syed Qasim Rasool Ilyas, who is also a political leader, called the charges against his son of organizing the riots as “totally fabricated”.

“His implication in Delhi riots is totally fabricated and a false narrative created by Delhi Police to misguide the nation and stifle dissent,” his Welfare Party of India said in a statement.

The riots in February in New Delhi coincided with US President Donald Trump’s visit to the capital and were triggered by the passage of a controversial law which blocks Muslims from acquiring Indian citizenship.

Dozens of people were killed and hundreds injured in the days-long riots. Most of them were Muslims.

In a crackdown that followed, Delhi police detained a number of activists for allegedly masterminding the riots. Many of them were Muslims, including a pregnant woman Safoora Zargar who was later released on bail.

Khalid has been booked under a stringent law that makes it impossible for the accused to get bail. Critics have accused the government of using it to silence dissidents.

Suchitra Vijayan, a lawyer and founder of a US-based research project — The Polis Project — that focuses on South Asia, said in a video message that a weak state silences the voice of dissent.

“This is a brazen attempt to suppress the voices of dissent…that the Indian state is absolutely afraid of any kind of dissent, any kind of protests. It doesn’t matter who you are. They are going to come after you if you offer any kind of critique, if you protest peacefully if you challenge the government. So Umar is not going to be the last person,” she said.

When contacted, Delhi police spokesman Eish Singhal said he did not have an official statement on the issue.

However, in a statement on Sunday, police said they were investigating the role of all individuals who took part in the riots.

The police statement dispelled the allegations that activists who are speaking out against the citizenship law are being implicated on trumped-up charges.

“Their assertion is not true and instead, motivated,” the statement concluded.

Incidents of violence against India’s Muslim minority have been on the rise since 2014 when Prime Minister Narendra Modi took office.